Both Dallas and Tarrant counties currently have more than 100 openings for detention officers.

Jails across the state are facing a significant shortage of detention officers.

Texas sheriff’s departments are feeling the pressure of labor shortages ever since the start of the COVID-10 pandemic.

Both Dallas and Tarrant counties currently have more than 100 openings for detention officers.

"To have 129 positions available for detention officers that work in the jail, that’s a big number," said Raul Reyna, with the Dallas County Sheriff’s Office. "It’s not just us, we’re seeing it all throughout Dallas County and the state of Texas, and the nation right now. Everybody’s hurting to try and get applicants in and get them started."

"It's a real struggle from day-to-day," said Denton County Sheriff's Office Asst. Chief Deputy Barry Caver. "We're probably operating at around 47%, which is less than half my staff…We've never seen numbers like this before. And we're doing everything imaginable, working with county commissioners court and other means to try to solicit and recruit as many applicants as we can."

"It's a constant thing that we have to keep on top of to make sure that if we have to shuffle things around to make sure it fits our needs and make it work," Caver said.

Detention officers in Dallas and Denton counties are working longer days, or mandated overtime in some cases, to make it work.

The Dallas County Sheriff’s Office is offering higher salaries and bonuses for skills, like being bilingual, to attract more applicants. 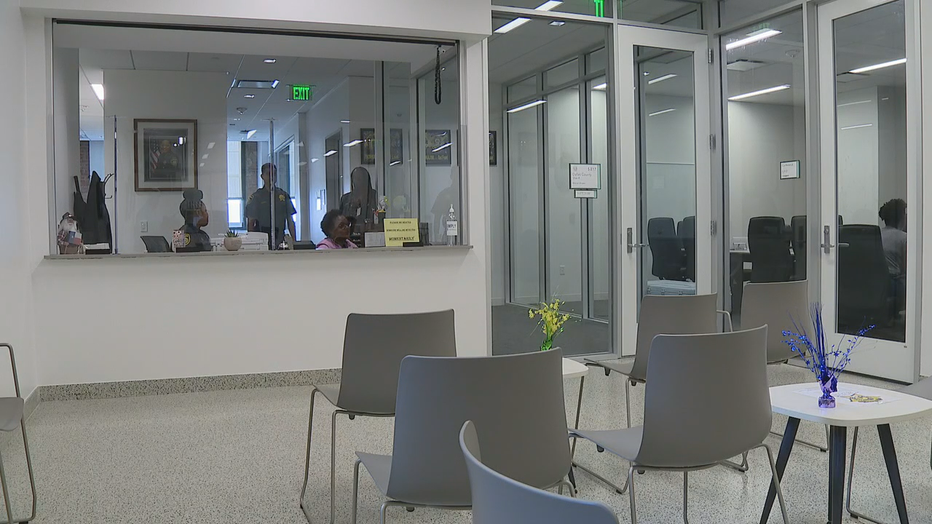 "Right now, we’re starting off detention service officers and our dispatchers at over $46,000 a year, and you can start at 18 years old," Reyna said.

Dallas County is hosting a career fair at the Oak Cliff Government Center from 10 a.m. to 2 p.m. on Saturday, looking to fill dozens of civilian and law enforcement positions across several departments.

"They’ve been doing excellent trying to maintain until we can get more people in. Every week, I see new hires coming in. We’re looking for some more good talent to come in and join us," Reyna said.