High school playoff football is happening across North Texas. It’s something even just a few weeks ago that wasn't always a guarantee.

It’s something even just a few weeks ago that wasn't always a guarantee.

High school football means a whole lot to the ones leaving it all out on the field. Still, some in the stands feel it’s just as important to them. 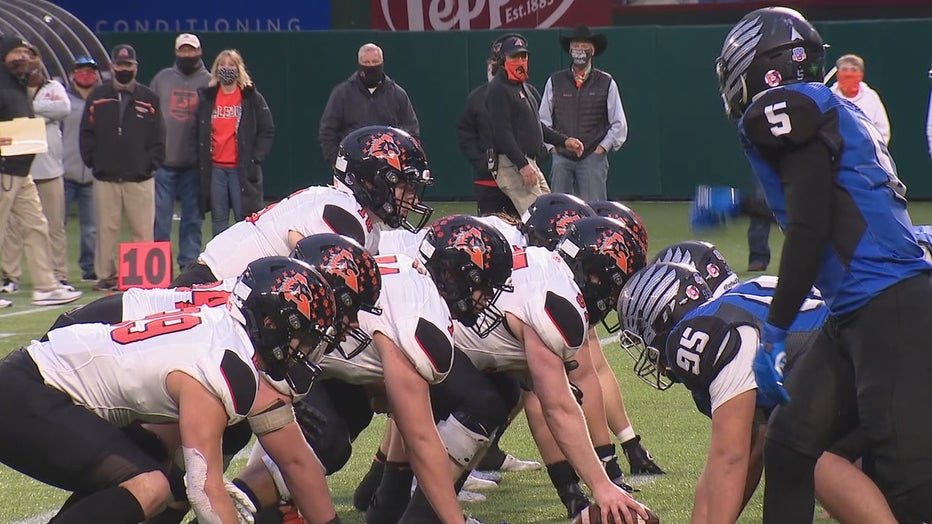 Kyla O’Keefe’s son is a senior at Aledo High.

"I would’ve died if we didn’t have football, especially during their senior year," she said.

O’Keefe’s son is now receiving scholarship offers, but she says if it weren’t for this season that wouldn’t have happened.

"Without this, we wouldn’t have had exposure," she said.

It’s a season that, in the middle of a pandemic, has been surrounded with so many questions.

The UIL forced some of the larger schools to delay the start of the season. And before that, they had to shut down summer workouts off and on.

"They were flipping tires, running up and down the neighborhood, doing whatever they could to stay in shape and be ready," said parent Sherame Anderson.

It’s not just the players.

"They were all very sad, and they actually signed a petition where they could go to the away games, but it didn’t pass," said parent Monica Wilson.

It’s been a lot of work to maintain local facilities during the pandemic. There have been plenty of sacrifices and bumps along the way. Some teams had to even forfeit games over outbreaks.

Still, the players are ready, and parents are grateful for what the game does for their kids on and off the field.

"We’re glad that we’re even getting to play," O’Keefe said.