DALLAS - Despite pushback from some residents, the Dallas City Council unanimously approved a new zoning plan allowing for fresh development in a busy part of North Dallas.

Some homeowners in the affected area made a last-ditch effort to convince city leaders to rethink the development project that includes two high-rises. Still, the city council unanimously passed the zoning change.

Back on March 3, 2017, a fire at the Preston Place Condos claimed a life and the homes of about 60 residents. 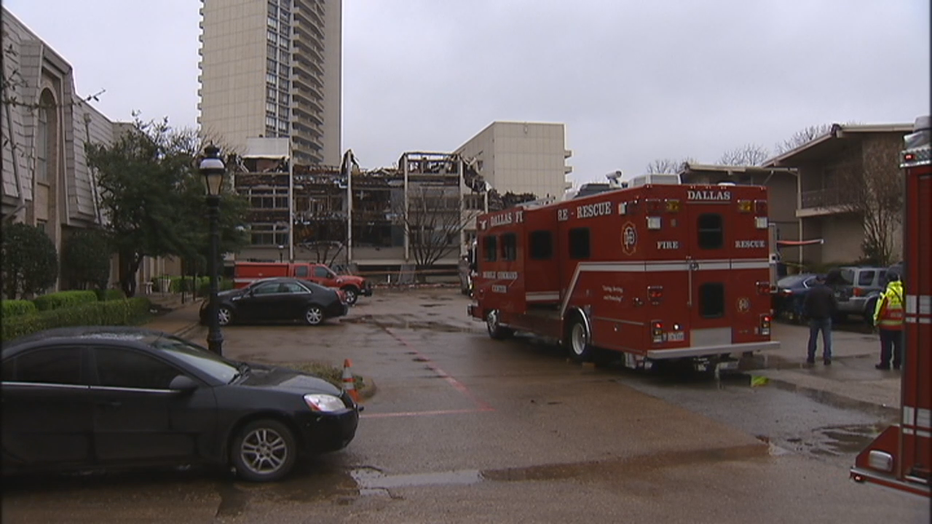 “After that fire did happen, we saw this massive influx of developers wanting to overdevelop,” said Bill Kritzer, president of Citizens Advocating for Responsible Development, or CARD.

Kritzer said that an agreed upon plan was already in place to redevelop parts of the neighborhood at Northwest Highway, near Preston Road. But he said that plan went up in flames with the fire, and he feels residents’ concerns about new plans are falling on deaf ears at city hall.

“In my opinion, this is developer-run,” Kritzer said. “And I strongly believe we have not been given a correct opportunity, as this has been a developer-run issue, not a homeowner-run issue.”

Kritzer and other members of CARD say they support re-development, but oppose a rezoning amendment that would allow for the construction of six new buildings, with two of them as high as 28-stories. The other four would be eight-story buildings, creating another 600 units on the 14-acre parcel of land.

“We looked in Uptown. I didn’t choose Uptown, I chose here,” nearby resident Carla Percival-Young said.

Percival-Young said they worry about increased traffic, and other issues - like flooding and inadequate infrastructure - should be addressed before squeezing in hundreds of new homes.

“Our biggest fear is we don’t know what we are going to get. We are not privy to that and we won’t be,” Percival-Young said.

Inside the meeting, about a dozen spoke against the plan. About another dozen spoke in favor, including former Preston Place residents.

The council unanimously approved rezoning with amendments. New buildings can’t be taller than 240 feet. Developers applying to build there would have to pass a development review. That review would look at things like green space, affordable housing and walkability.

Councilwoman Jennifer Gates added the amendment. She represents that part of town.

“Four stories isn't possible to get change. That is the kind of change that is open green space, underground parking, more walkable amenities for this neighborhood,” she said.

As of right now, no official development plans have been submitted. TxDOT also approved the amended changes.

Some North Dallas homeowners are making a last ditch effort to convince city leaders to rethink a development project that includes two high-rises.