Nearly 100 club soccer teams from across the state have made their way to Cleburne for the Chisholm Trail Classic. But organizers say even before the tournament began, the heat had already zapped about 100 teams who normally sign up to compete.

CLEBURNE, Texas - Organizers of a soccer tournament in Johnson County say the heat is definitely having an effect on the tournament.

Fewer teams are playing this year. And for those who are there, crews were on standby in case anyone succumbed to the heat.

With a high of 101 degrees, parents came prepared with coolers, hats and water bottles.

Nearly 100 club soccer teams from across the state have made their way to Cleburne for the Chisholm Trail Classic.

Players ranging in age from 9 to 18 years old are competing in roughly 170 games over the next few days. But they’ll have to brave scorching temperatures to compete. 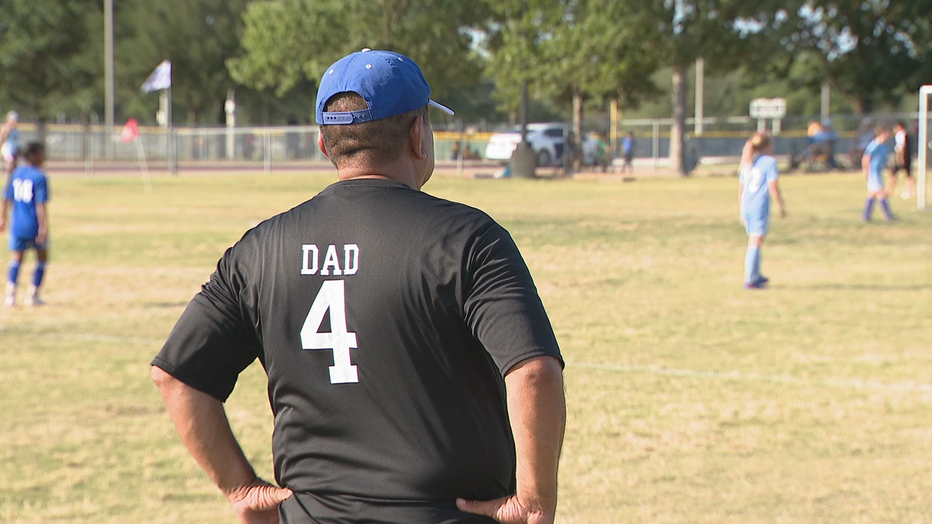 Assistant tournament director Jeremy Bosher says he’s been warning coaches for weeks to make sure players are physically and mentally prepared to play in these conditions — especially the younger kids.

"You gotta hydrate four or five days in advance," he said. "If you wait until today, it’s too late."

There was extra ice and plenty of water coolers throughout the complex.

Bosher says paramedics and EMTs are on standby in case of emergency.

With a front-row seat, grandmother Anne Holm says she’s not afraid to step on the field if necessary.

"I’m a retired registered nurse," she said. "And if I saw any signs of heatstroke, I would be out there in their face."

"Generally, the refs will give them more water breaks when the temps are really hot," she said.

But Bosher says even before the tournament began, the heat had already zapped about 100 teams who normally sign up to compete.

And since it’s only going to get hotter on Saturday, Nortier says she’s rethinking not coming prepared with her own an umbrella.

"We’ll probably have to plan differently for tomorrow," she said.