Despite ban on large group gatherings, people in Dallas finding ways to enjoy their weekend

In North Texas, it is the first weekend since emergency declarations forced the cancellation of large-scale events and gatherings.

DALLAS - In North Texas, it is the first weekend since emergency declarations forced the cancellation of large-scale events and gatherings.

On Saturday, police were patrolling to ensure those orders against mass gatherings were followed.

Dallas is known for having one of the largest St. Patrick's Day parades in the country, and along Greenville Avenue, you would normally find tens of thousands of people.

This year, that's not the case because of increasing concerns over the coronavirus.

“Well, I mean, if people are dying, I think you have to take every precaution necessary," said Mac McInerney, who lives in Lower Greenville.

The annual parade and block party on Saturday was forced to cancel after city and county officials issued emergency declarations.

Under that, large gatherings of 500 people or more are currently banned.

But people still found ways to celebrate the holiday safely. 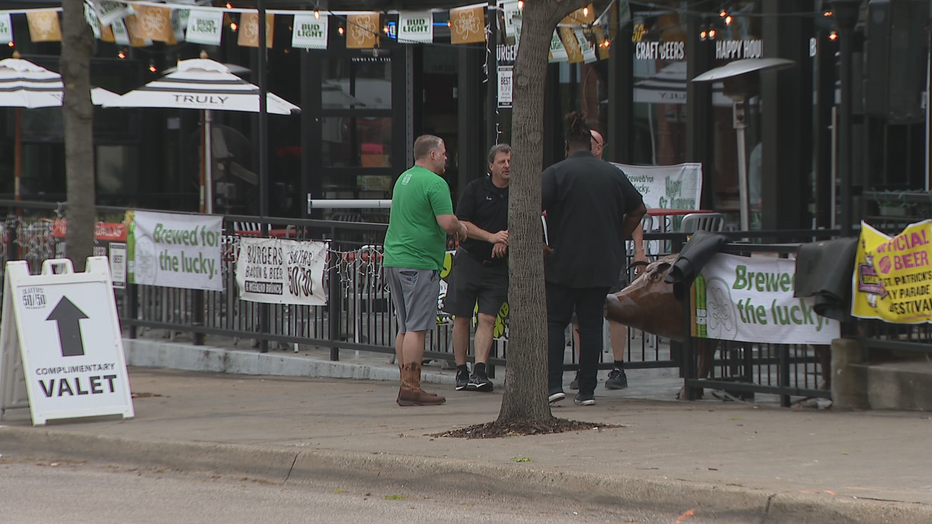 "Shaking elbows, rather than shaking hands. I think folks get it, Texans get it,” one person said. “They understand that we need to do what needs to be done for this year, and then next year, we'll turn it back on again."

There are multiple presumptive positive cases of coronavirus in Dallas County, which still need to be confirmed by the CDC.

Health officials said there is evidence that the virus is spreading within the community.

Although large events have been canceled, local law enforcement is going throughout the entertainment district to make sure bars and restaurants are following the new measures.

"If we run into a location that has exceeded their occupancy, we'll talk to the owner. We can cite for that, and we can actually shut that establishment down," Dallas PD Deputy Chief Thomas Castro explained.

Several businesses have already been given warnings, not just for overcrowding, but for having tents and portable restrooms which were allowed before parade permits were revoked.

"We're not here to try to ruin anybody's good time, but at the same time, we have a responsibility to keep everybody safe," Castro added.

The owner of The Corner Market is hoping to help customers feel at ease.

The restaurant had its annual St. Patrick's Day parade cookout, but with extra precautions.

"We started checking every employee’s temperature, every morning, about 10 days ago," said Chuck Cole, owner of The Corner Market.

If the coronavirus crisis worsens, Cole said his plan is to deliver food to those most at risk.