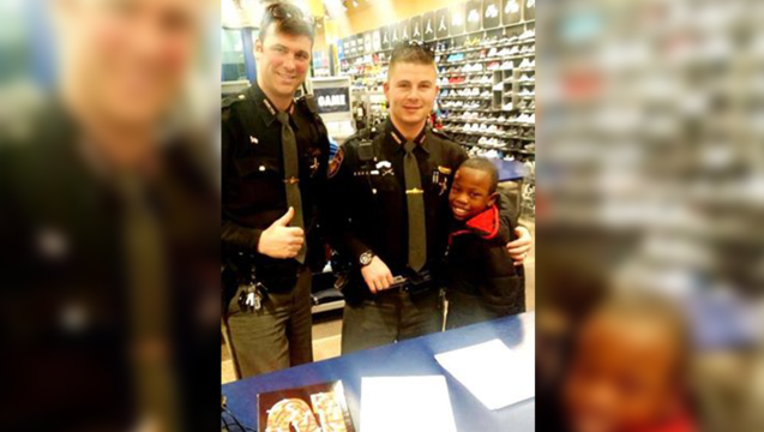 HAMILTON COUNTY, Ohio - Two Ohio deputies went out of their way to help a young boy whose shoes were stolen by bullies.

The Hamilton County Sheriff’s Office posted on their Facebook page about a young boy who had no other choice but to wear his grandmother’s shoes to school.

After classmates at his school made fun of him and his shoes, he skipped school the next day to avoid them.

When two Hamilton County Sheriff’s Deputies heard about the boy’s problem they took up a collection and drove him to a Foot Locker to pick out a brand new pair of shoes.

A picture of the boy at the store showed him smiling and hugging the deputies that bought him the shoes.

"In a time when, nationally, some want to bash police and portray us all in a negative light, I hope people realize THIS is the face of law enforcement,” wrote Hamilton County Sheriff Jim Neil. “This is just one of countless stories of caring deputies dedicated to going above and beyond for the citizens we serve."