Denton police are looking for the vandal who targeted a Catholic pro-life pregnancy resource center. Over the weekend, someone spray-painted "forced birth is murder" and "not a clinic" on the building.

Denton police are looking for the vandal who targeted a Catholic pro-life pregnancy resource center over the weekend.

The center's director says he had security concerns right after the leak of the Supreme Court's draft opinion on Roe vs. Wade.

The Loreto House in Denton shared surveillance video with FOX 4 that shows what appears to be a young woman spray painting the outside of the building and then spraying the surveillance camera.

On Saturday, people who work at the center found the phrases "forced birth is murder" and "not a clinic" on the building. 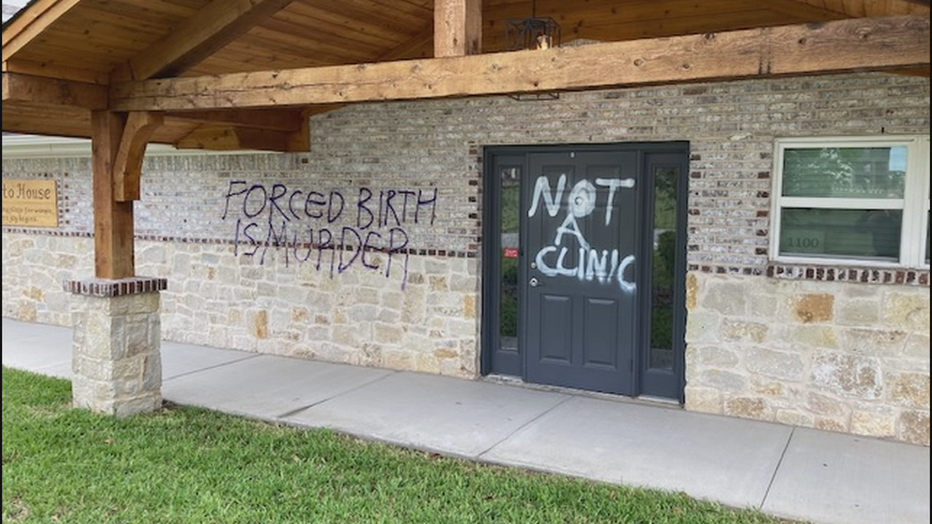 A vandal was caught in the act on surveillance video around 2:30 a.m. Saturday.

Their target was the Loreto House on Bonnie Brae Street, a nonprofit that provides free services to women with unplanned pregnancies. That includes items like diapers, clothes and formula but also pregnancy counseling, designed to steer a pregnant woman or teen away from choosing abortion.

The nonprofit doesn’t claim to be a clinic. Its website includes the disclaimer, "Loreto House is not a medical clinic, and the staff cannot diagnose or treat medical conditions."

Bollig says he called police and sent investigators the video on Tuesday. 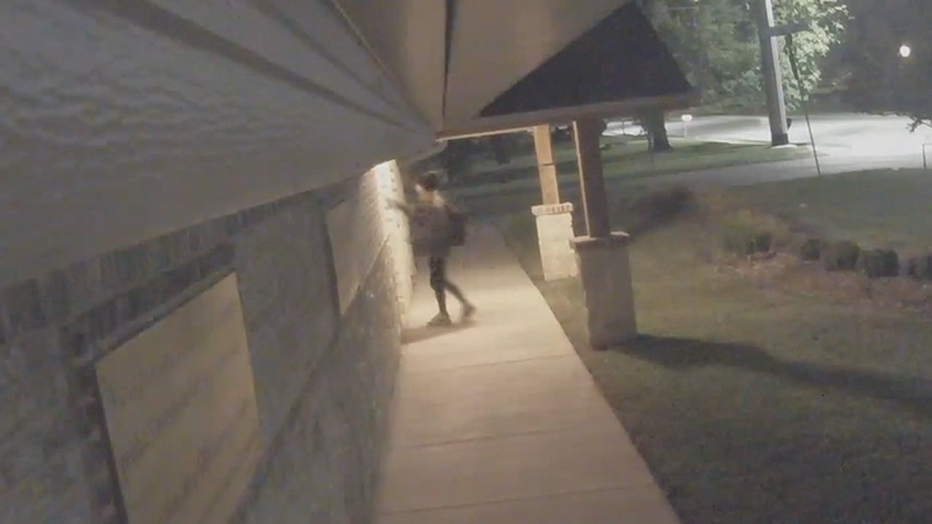 The person in the video appears to be a young woman, but it’s still unclear. She can be seen crouching down near the front door. She then stood up, walked towards the left side of the building and spray painted into the camera’s lens.

"It was not a surprise in some ways because I had contacted Denton PD a week before asking for additional patrols because we knew that this was coming," Bollig said.

He is referencing the uproar over the leaked Supreme Court opinion appearing to overturn Roe V. Wade.

Protests have popped up across the country, including one at the nearby UNT campus.

And there was another act of vandalism in Wisconsin. Over the weekend, someone threw a Molotov cocktail into the office of an anti-abortion group.

Bollig wants to make it clear to the person responsible for Saturday's vandalism at the Loreto house that his nonprofit is grounded in its Catholic faith.