A Denton lawyer is accused of trying to fire a gun inside the law office where she used work.

DENTON, Texas - A Denton lawyer is accused of trying to fire a gun inside the law office where she used work.

Denton police say Petrina Thompson had recently been fired from Martinez Legal in Denton. They say she showed back up Friday afternoon armed with a gun.

Denton police say the attorney was arrested about a mile away from the law office and taken into custody without incident.

It was inside the Martinez Legal Law Office Friday morning where Denton police say Thompson tried to fire a gun. The office is located in a plaza off South Carroll Boulevard just north of I-35. 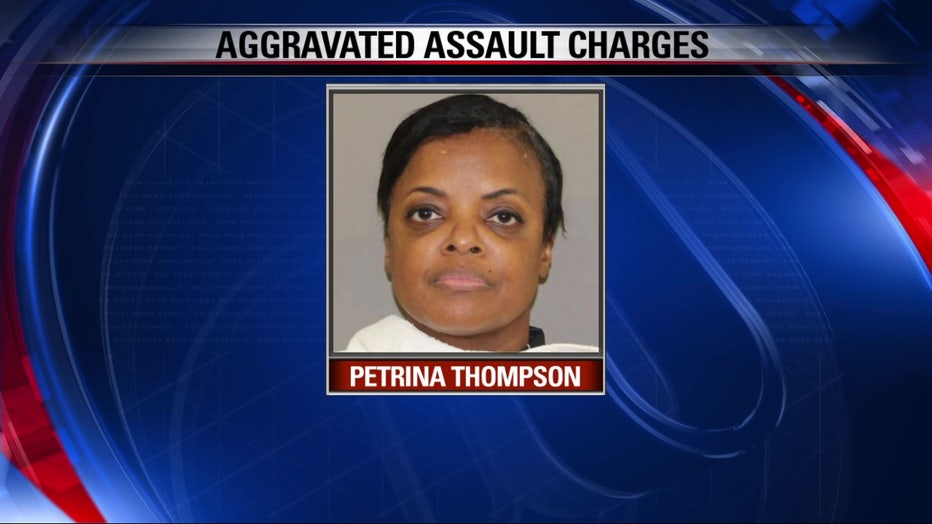 Police say the 911 caller told dispatch 53-year-old Thompson fired the handgun before leaving the office and driving away. That same caller also told dispatchers Thompson had recently been fired from her job at the law firm.

Thompson was pulled over about a mile away on South Bell Avenue and arrested. Investigators are trying to figure out if any bullets were actually fired because the gun appeared to be jammed. No bullet casings or holes were found in the law office.

A police spokeswoman says she does not know if Thompson owned the gun or if she had a license to carry.

According to the Texas Bar online records, Thompson has no history of disciplinary action. Her profile with the Texas Bar Association says she practices family and criminal law.

Thompson is charged with three counts of aggravated assault with a deadly weapon. Her bond is set at $150,000.