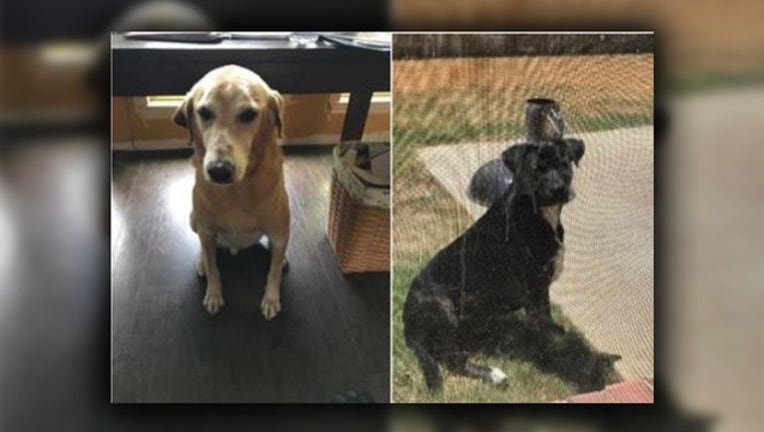 JUSTIN, Texas - Authorities in Denton County are searching for three men suspected of killing a family’s two dogs and mutilated their bodies.

The Denton County Sheriff’s Office says a Golden Retriever named JC and lab mix named Nessa escaped from their yards in Justin on December 14 when severe storms moved through the area. The homeowners searched for their missing dogs, but they weren’t able to find them.

The two dogs were eventually found dead on Indian Trails Drive near Sam Reynolds Road in Justin. Both JC and Nessa had been shot to death and had their bodies mutilated.

The Denton County Sheriff’s Office is urging anyone who has information on the suspects to call Crime Stoppers at (800) 388-8477. A $1,000 reward is being offered.