The latest death was a woman in her 70s who lived at a nursing facility in Lewisville. Nineteen new cases of COVID-19 were also reported on Friday, bringing the total number of cases in Denton County to 273.

No new cases have been reported at the Denton State Supported Living Center, which has been hit hard. Denton county health officials don’t know who brought the virus onto the sprawling campus, but they suspect it was carried in from the community. 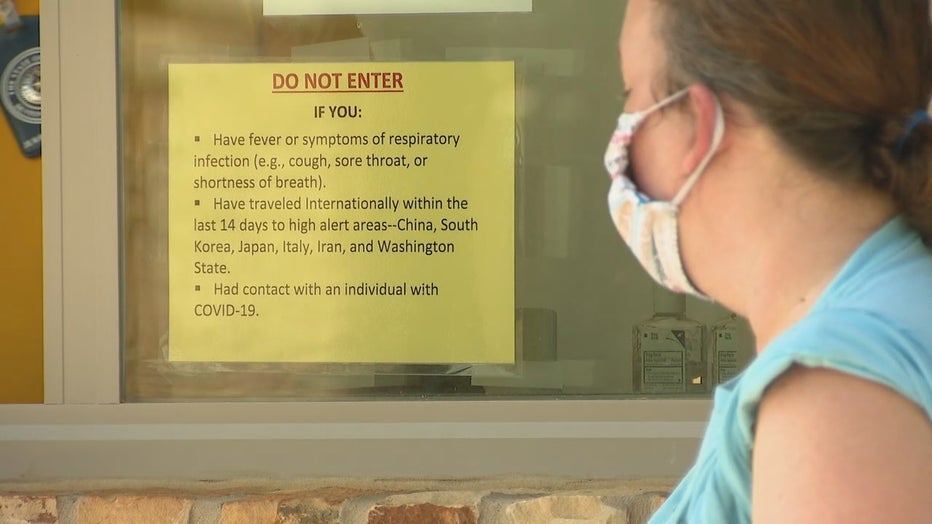 Debbie Cates’ 32-year-old son, Michael Jamison, is a resident at DSSLC. The facility is home to some 400 people with intellectual and developmental disabilities. It’s been hit hard by the coronavirus. Dozens of patients and staffers have tested positive in recent weeks.

“Michael is used to coming home every other weekend for his family visits, which are very important to him,” Cates said. “We haven't seen him since March 9, and the restricted visitation began on March 13. So this has been hard for Mom not being able to see him and touch him.”

Jamison has tested negative for the virus. The facility is keeping negative and positive patients separate.

Cates says her son shares an on-site apartment with six other residents.

“That becomes very difficult in this population trying to isolate these residents because this is a very hands-on community,” she said. “A lot of residents need full total care as far as bathing, testing and feeding.”

That raises concerns about the wellbeing of the staff, including nurses and assistants who have nearly constant daily contact with the residents.

But Cates says she's satisfied with the way the situation is being handled by the administration.

“I've always felt like I can pick up the phone at any time and call Michael's staff to get an update about what's going on,” she said.

On Monday, all employees were given face masks. A spokeswoman says there is enough personal protective equipment, despite some reports to the contrary.

Cates feels her son is in good hands and looks forward to weekly food deliveries from Mom.

“The team there I think is wonderful and excellent. They’re going way above trying to make things are normal as possible during this unprecedented time,” she said.

All deliveries have to be dropped off at the front gate. A staff member then brings the items to the residents. There's no telling when family members will once again get to see their loved ones in person.