Delaware woman who didn’t know she was pregnant gives birth in the bathroom. FOX 29's Joyce Evans has the story.

A woman who didn't know she was pregnant gave birth in the bathroom.

WILMINGTON, Del. - A Delaware woman who thought she couldn't have children says she unexpectedly gave birth in the bathroom without showing any symptoms before delivering.

"I'd been trying for years, nothing came out of it so I was like I am 37 now it is what it is," Carla Collazo told FOX 29's Joyce Evans.

How it happened has forged a lifelong emotional bond between Carla Collazo and Alexandra Santos. 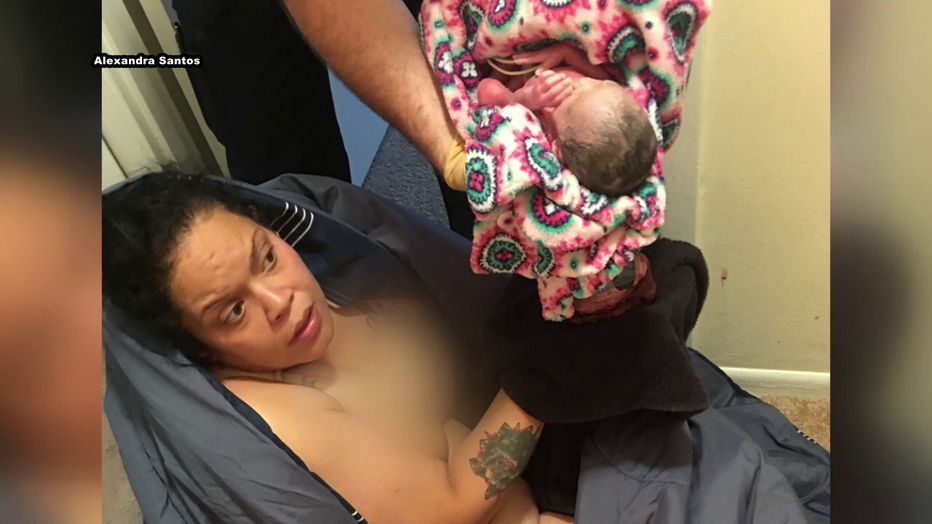 "It happened so fast everything just came out so now she has a placenta in her hand and I have a baby in my hand. She's freaking out. I'm telling her that we have a baby. We have to save her," Santos explained.

Dramatic photos and videos show a preemie baby girl, who weighed a little more than two pounds. The baby was delivered in the toilet on Aug. 25  and no one knew, especially the mom that she was pregnant.

Collazo suffers from a gynecological condition that she says doctors told her would likely prevent her from ever getting pregnant. She thought nothing of her swollen ankles because she works on her feet for hours. She had taken pregnancy tests a few times but all came out negative and she didn't gain any weight.

On that Sunday morning, her stomach and back hurt something fierce. Her sister-in-law Santos was about to take her to the emergency room, but Collazo hit the bathroom first. She began to scream and Santos ran in to help.

Paramedics directed her over the phone what to do next. She grabbed a shoestring as directed.

"I tied it on the umbilical cord as tight as I could," Santos said. "She was just so precious. She was looking at me and I was looking in her eyes."

The miracle baby was named Amoura Rose. She was taken to Christiana Hospital

"I just knew how much she cried and prayed for something like that," Santos said.

Amoura is thriving in the hospital and is expected to head home soon. 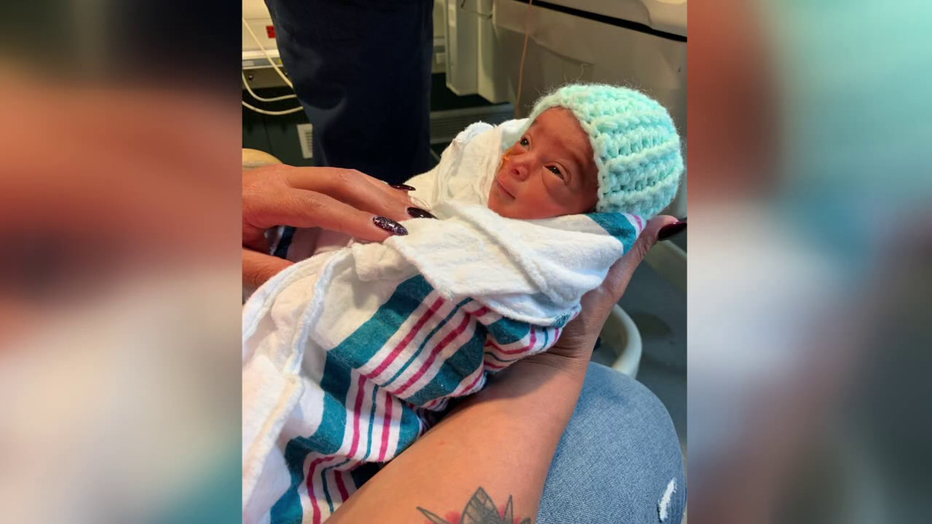