Department of Veteran&nbsp;Affairs police officers at the Dallas VA Medical Center shot and killed a man outside the hospital.

DALLAS - Department of Veteran Affairs police officers at the Dallas VA Medical Center shot and killed a man outside the hospital.

According to the Dallas Police Department, the man went to the hospital near Lancaster and Ledbetter roads in East Oak Cliff around 10:30 p.m. Wednesday. He was there for psychiatric issues but was stopped because he was armed with a knife.

VA hospital police say the man was armed with a knife and described him as displaying threatening behavior and posing a danger to patients and staff. The altercation eventually went from inside the hospital to outside.

VA hospital police say after multiple attempts by officers to de-escalate the situation and disarm the man, he tried to attack them with a knife, causing at least two VA police officers to shoot him. He later died at another hospital. 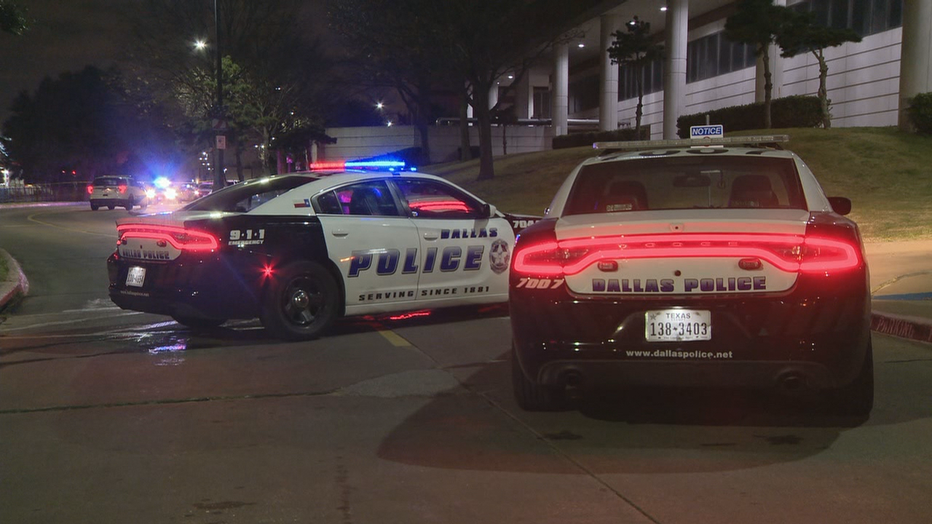 “Investigators are still talking with officers and witnesses. Of course, Veterans Hospital is trying to go over some video they might have,” said Dallas Police Officer Demarquis Black. “So at this point in the investigation, I want to leave that to our special investigations unit.”

Police say a knife was recovered from the scene.

Police and VA officials are not releasing any further details about what happened leading up to the officers to firing their weapons or if they had treated the individual at the hospital before.

The VA also would not confirm if the man was a veteran. But in a statement, it did encourage family and friends of veterans to contact the VA when they have concerns about their loved ones' mental health.

The medical examiner hasn't released the man's identity. Police would only say he is a white male, and he did not have any identification on him at the time.

The Dallas Police Special Investigations Unit is handling the case. They are reviewing security camera video to learn more about what happened.