A little boy is safe after the car he was in was stolen this morning in Dallas.

DALLAS - A child was found safe in a car that was stolen from outside a Dallas convenience store. The thief abandoned the car once he realized there was a boy inside.

Dallas police said the car was stolen from a Texaco gas station off Interstate 35 near Camp Wisdom Road around 3 a.m. Friday.

A father left his car running with his sleeping toddler in the back seat while went into the store to pay for gas. Someone jumped in the vehicle and took off.

The panicked father called 911 and immediately police started searching for the stolen vehicle. Officers spotted it at another gas station just a few blocks away.

The child’s grandmother recounted the frightening events of the morning. She said she was getting dressed and could hear the police helicopters looking for her grandson.

“When I got the call, there was a peace that came over me. But I still was in a panic because I had not laid eyes on him. I didn’t know he had been recovered. I drove up here thinking he was still missing. And when I got here the policeman said that he was inside the store and all I could do was give glory to God,” Elterese Eli said. 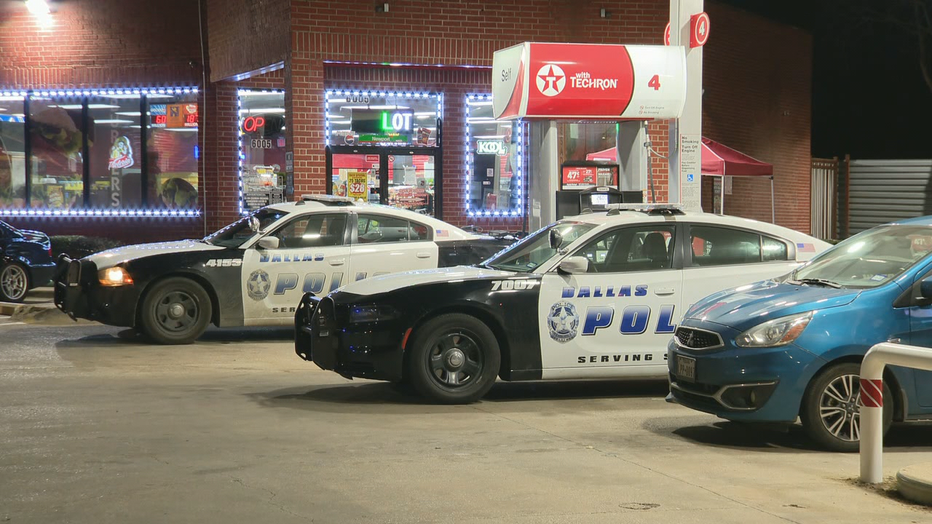 Eli said the boy’s father had just gotten off of work and had picked him up from his wife so that she could go to work.

“We’ve always told him, ‘If you stop at the gas station, take the baby inside as well. Hard lesson learned,’” she said. “Parents, never take it for granted that you’re only gonna be in the store for a few moments. Anything can happen as you can see in a few moments. Always take the kid inside. Always.”

The family believes the child may have slept through the entire incident.

Police said they will review surveillance video to try to get a description of the thief. He remains at large.