On Wednesday, the department briefed city council members about the progress made to curb the growing problem.

The Dallas Police Department’s helicopter captured video of the dangerous stunts that go along with street racing – drivers doing donuts and taking over streets. Many FOX 4 viewers have also shared videos.

DPD said it has received more than 8,400 calls about street racing so far this year.

On Wednesday, the department briefed city council members about the progress made to curb the growing problem.

Members of the Dallas City Council agree they’ve got to get tougher on street racers and stunters who shut down roads to perform dangerous tricks.

Officers are even being targeted.

Street takeovers draw crowds up to 400, with several going on at once across the city. It’s a frustrating new trend to this familiar problem, leaving police overwhelmed and homeowners angry.

“I know that residents are scared, and, unfortunately, they have reason to be. We have an issue,” Dallas Mayor Eric Johnson said.

So far this year, police have issued thousands of related citations, made nearly 1,200 arrests, and seized 48 guns.

Officers have also been assaulted by bottles and fireworks.

Traffic calming measures were instituted in some places, but they only pushed the problem elsewhere.

An ordinance passed in May allows for spectators to be cited too, and hundreds have been so far. There have been nearly 700 vehicles towed, only to be retrieved later with a fine.

“Just to be clear for people, those are just overnight? We impound them, we don’t seize them?” Dallas City Councilman David Blewett asked. 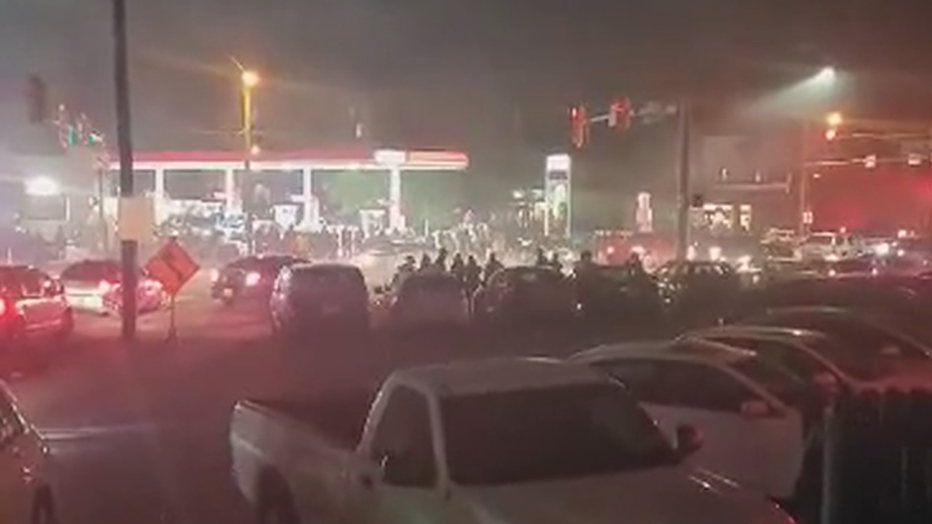 The ordinance also says vehicles can be seized, but police say they haven’t been able to meet all the legal hurdles, which means no vehicles are permanently off the streets.

In the meantime, police have started sending warning letters to the vehicle’s registered owner requesting a meeting.

So far, only four have taken place.

So the question is, what’s next? Council members entertained a lot of suggestions, and many supported the idea of state troopers stepping in to help.

DPS was recently asked to help the city tackle violent crime by assisting with investigations, not patrolling.

If troopers step in to assist with street racing, it’s unclear what role they may play.

“This is my position, we are going to trust them until we can’t,” Dallas City Councilwoman Carolyn King Arnold said.

One suggestion was moving street racing calls from Category 2 to Category 1, to help improve response times.

Most agree that in order to give police the muscle they need, new state laws are in order, but that takes time, something the city doesn’t have.

“I don’t think we solve this problem until we figure out to make it known that in the city of Dallas, if you are going to partake in this kind of behavior, you are going to lose your car,” Dallas City Councilman Adam McGough said.