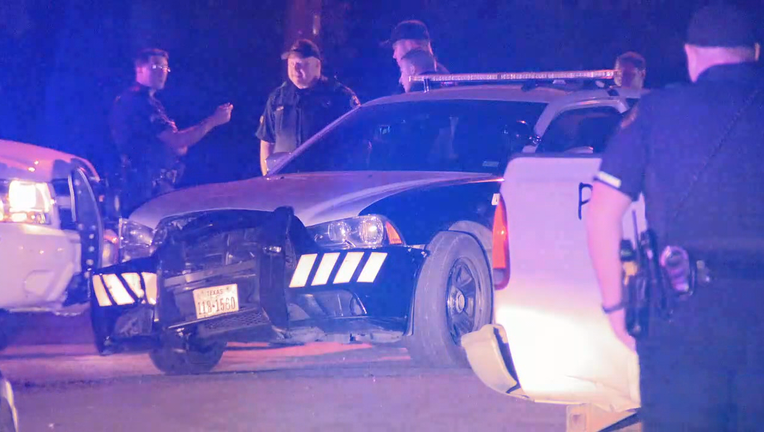 DALLAS - Dallas police are working to find the driver who “intentionally” backed into a DPD squad car, before taking off on foot, getting into another vehicle that was waiting for him, and then fleeing the scene.

This happened just before 4 a.m., in the 5300 block of Richard Avenue.

Police stopped one of the vehicles, a white pickup truck, and as it was stopped, the driver put the truck in reverse and “intentionally” backed into the squad car.

The suspect then drove away, and crashed a block away. He then fled on foot, and was able to get in the other vehicle, a white Mercedes, that was waiting for him.

That vehicle then drove off, and police have not yet been able to find the suspect or the vehicle.