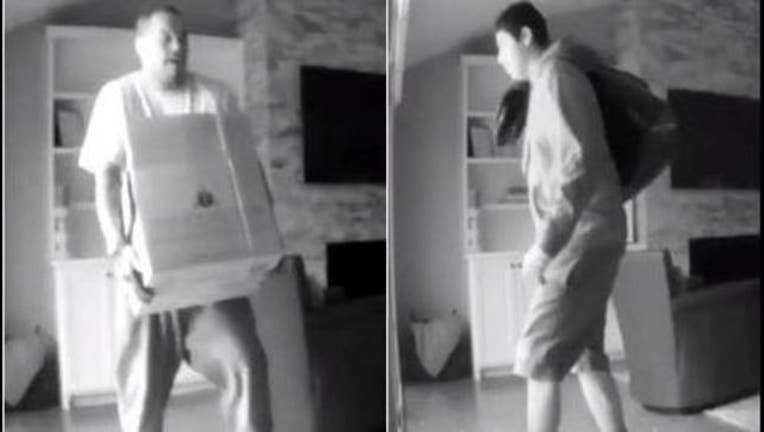 Police are looking for two suspects who burglarized a Dallas home last week.

The two suspects were seen on surveillance video forcing their way into the home’s rear sliding door.

According to police, one suspect was in his teens, while the other appeared to be between the ages of 25-35.

Anyone with information about these suspects is asked to call Detective D.V. Cunningham at (214) 670-6042.