The people who fought to get the Dallas Police Oversight board feel powerless to be in a position to do something to help, but unable to meet because of the city manager.

DALLAS - The people who fought to get the Dallas Police Oversight board feel powerless to be in a position to do something to help, but unable to meet because of the city manager.

Dallas has a proactive approach to addressing issues of police brutality, except City Manager T.C. Broadnax has not allowed it to be used as some functions of the cities remain shut down during the COVID-19 pandemic.

The Dallas Community Police Oversight Board has not been able to meet — not even online.

“Dr. King said that summers of riots are due to winters of delayed justice. The only cure for this is social justice,” said Jesuorobo Enobakhare, the oversight board chairman. “We have a powder keg that we’re sitting on here in Dallas. People are angry. People are hurt. People are feeling a sense of hopelessness.”

The recent deaths of Ahmaud Arbery by men claiming to try and make a citizen’s arrest or Breonna Taylor and George Floyd at the hands of police are exactly what would be discussed as a community at the board meetings.

“You have a problem when you have all of these things going on,” Enobakhare said. “You have a board suited for it, but we’re sitting on the sidelines.” 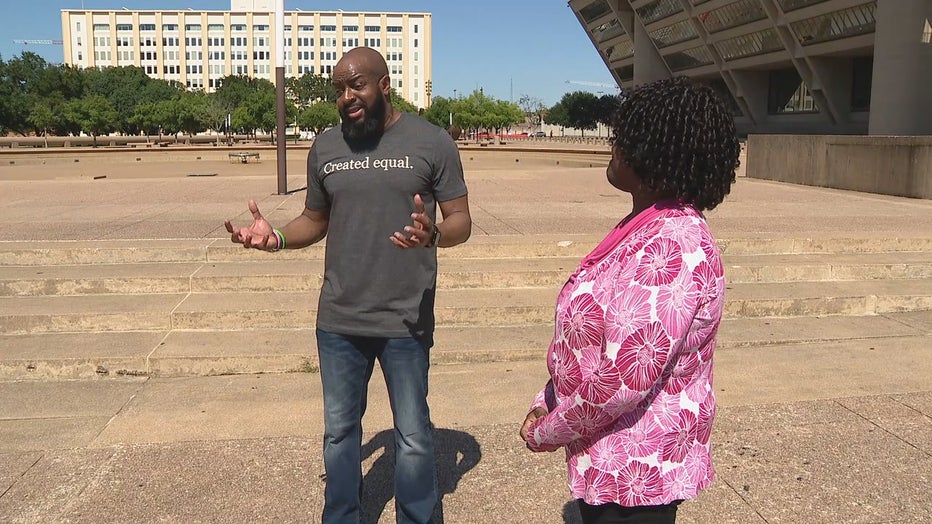 “Dallas could potentially be one killing away from what’s happening now in Minnesota,” said Dallas Police Monitor Tonya McClary.

But Broadnax will not make an exception to allow the board to meet, only saying that all boards can resume meetings on June 8th.

“The board should’ve been leading the charge in ensuring that the citizens in Dallas had an outlet for their pain, and they’re hurt,” Enobakhare said.

Dallas Mayor Eric Johnson even questioned on Twitter, “What’s the hold up? The city manager should allow these meetings to resume ASAP.”

The mayor issued a statement Friday pleased that the city manager will eventually allow the board to meet. He added: “It is vital to our communities to have a forum to communicate with our police department and air out concerns…That is especially important now considering the outrage over the killing of George Floyd in Minneapolis.”

“This is a board that should probably never not be functioning,” McClary said.

McClary says she has been able to continue the board’s first independent investigation into the death of Diamond Ross, who died in police custody in 2018. But beyond taking complaints and doing its own investigations, there is an even broader need for the board.

“We have to try to bring some healing,” she said.

The board chairman has been talking with some city council members about hosting other community gatherings in the coming weeks to try to address some of the anger and hopelessness people are feeling.