Dallas police will have to change tactics if they face off with protesters anytime soon. A federal judge ordered the department to stop using less lethal forms of crowd control during protests.

Late Thursday, the judge ordered the Dallas Police Department not to use things like tear gas, pepper spray and smoke grenades on crowds unless there is an “immediate risk of serious harm.”

The order was in response to a lawsuit filed by two protesters who claim they were injured by “less lethal” weapons during recent protests against police brutality.

One of those protesters is 21-year-old Vincent Doyle. He said the sight in his left eye may never be the same.

“I see this laser beam shine in my eye for about three seconds,” he recalled. "And then it was like ‘Boom!’ I thought I had got shot for real.”

Doyle took cell phone video during a May 30 protest in Downtown Dallas. As he was yelling not to shoot, officers fired anyway. A projectile shattered his cheekbone. 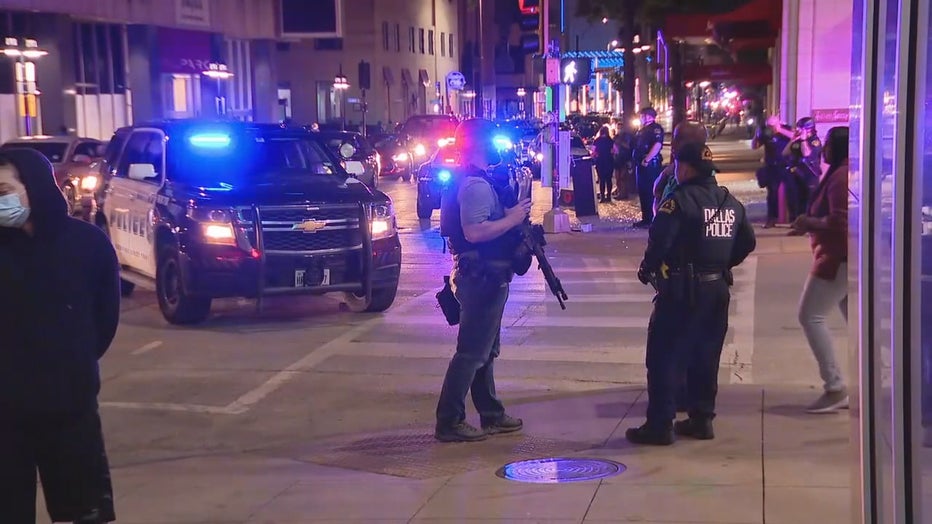 Tasia Williams was one of the hundreds of protestors surrounded by police on the Margaret Hunt Hill bridge the following Monday night. The 27-year-old was also hit with a projectile.

“I kind of stayed off to the side of the bridge out of everyone’s way and ended up being shot in the thigh,” she said.

Their attorneys filed for the emergency temporary restraining order to block Dallas police from using the same kind of force during protests in the immediate future. They are also suing the city on claims of civil rights violations, stifling freedom of speech and use of excessive force.

“We want individuals to feel free to exercise their first amendment rights without feeling like there’s an opportunity for them to be seriously injured or even killed,” said attorney Daryl Washington.

“It stops being any sort of instrument or argument that they are controlling a crowd, and it became an instrument of torture and silence,” added attorney Michelle Simpson Tuegel.

A judge may soon decide if the Dallas police department can continue using certain crowd control tactics during protests.

“These military-style weapons are not what our tax dollars should be spent on,” Bazaldua said.

The attorneys said they also want the officers who injured protestors to be identified and disciplined as a start to restoring trust.

“When they do things like this, it makes us say, ‘This is why we can’t trust you.’ Because when you do something wrong, you won’t even admit to it,” argued attorney Jasmine Crockett.

Dallas police are also now prohibited from firing so-called rubber bullets into a crowd for any reason.

“What we believe is that DPD is using these projectiles to suppress people’s first amendment rights. People have the right to protest. We have clients who say they do not want to get out into the streets anymore. They have a voice but they’re too afraid to use it because they don’t want to die. That is, that’s absolutely ridiculous,” said Tatiauna Holland, an attorney.

The city of Dallas and Police Chief Renee Hall have agreed to the order.

The injunction is in effect until Sept. 9.