A police officer was hurt in a serious accident overnight in Dallas. FOX 4's Dan Godwin has an update on his condition.

DALLAS - A police officer was injured in a rollover accident in southern Dallas.

The officer was on his way to assist other officers on a call around 10:30 p.m. Wednesday. He had his lights and sirens on at the time, police said.

The officer lost control of his squad car near the intersection of Polk Street and Camp Wisdom Road.

The car hit a small building and crashed through a fence before flipping over and landing on its roof in the parking lot of the Dallas County Constable Precinct 1 Office. 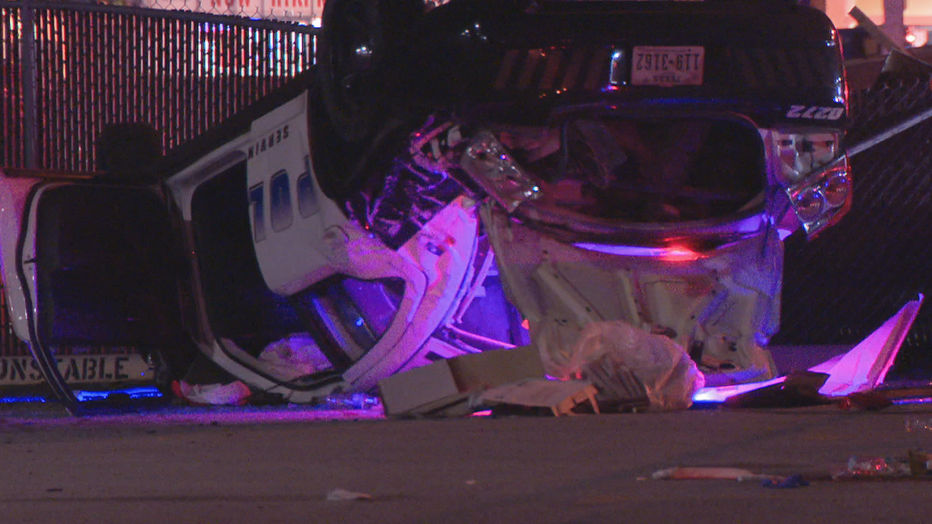 The officer suffered a head injury and cuts. He was taken to the hospital for treatment.

Dallas police said he is already home recovering from his injuries.