It's called Active Bystandership for Law Enforcement, or ABLE. The goal is to have every DPD officer ABLE-trained by March of next year.

Dallas Police Sergeant Ira Carter is teaching other DPD officers how to step in on the public's behalf.

The eight-hour program provides practical strategies and tactics to help officers reduce mistakes. All 3,200 DPD officers will complete the training by the spring of 2022.

"To know that the community knows they're not the only one's watching us," said Dallas Police Chief Eddie Garcia. "We're watching ourselves."

Chief Garcia points to the George Floyd case as an extreme example.

Former Dallas Police Chief Renee Hall added a "duty to intervene" requirement to the department's general orders after Floyd's death. It requires officers to report if they see a colleague using force inappropriately.

The ABLE training can be used before it gets to that point to diffuse a situation during a simple traffic stop or heated protest. 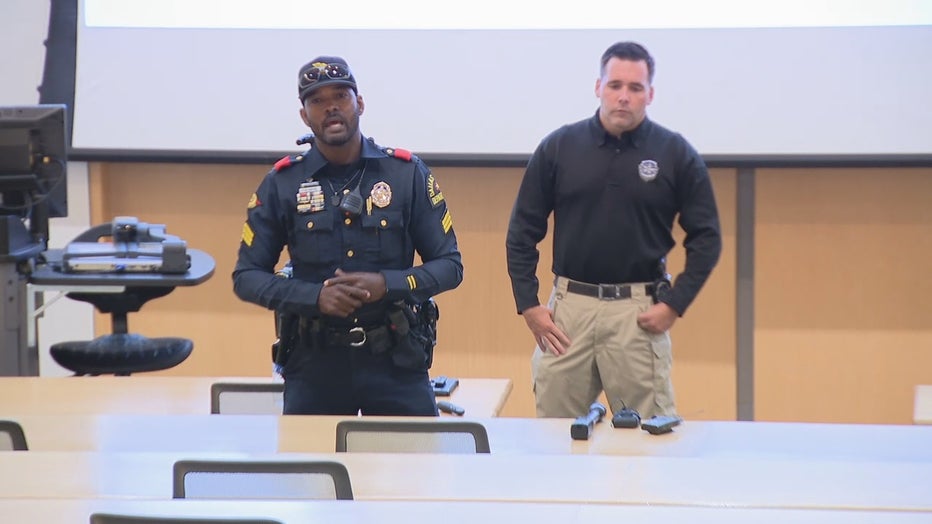 "Tempers may be rising, and maybe there's another officer who can say, ‘Hey, let’s calm down a little bit,’" the chief said.

The training is being funded through a $300,000 grant from Dallas City Council. It's being administered by the Caruth Police Institute at UNT Dallas.

"To be able to take a stand and be supported in it because I think many officers fear that as well," she said.

The training also promotes self-care and health and wellness strategies so that law enforcement officers can reduce stress and focus on making positive connections in the community.

Dallas Police Association President Mike Mata has taught a few of the classes. He believes it’s a win for the department and the community at large.

"By far and wide, the individuals I talked to after the class they get so much out of it," he said.

ABLE training is among City Manager T.C. Broadnax's top 25 priorities for the coming year. To date, 800 DPD officers have been ABLE trained. Each year, officers will have to complete a two-hour refresher course.