A bullet narrowly missed an officer’s head early Wednesday morning as he responded to a street racing call.

DALLAS - A bullet narrowly missed an officer’s head early Wednesday morning as he responded to a street racing call.

The Dallas Police Association said officers are responding to more violent crime, and some of it is directed at them.

Officers have said policy change is happening, and they are working to make the system better, but in the meantime, the job is getting more difficult in what some feel is an increasingly hostile environment.

Burned rubber and remnants of fireworks are what’s left of a busy night on South Central Expressway.

Police were called out for street racing, but instead, someone opened fire at the officer arriving on scene.

“He gets shot at and it goes right through his back window, right by his head. Six inches from his head or we'd be talking about a dead officer today,” said Frederick Frasier, who is vice president of the Dallas Police Association.

Frasier was appointed in February to the President’s Commission for Law Enforcement, actively working to standardize policing.

“Right now, it's a war zone because folks are doing whatever they want and police are trying to do whatever they can,” Frazier added.

He said officers have their hands full. 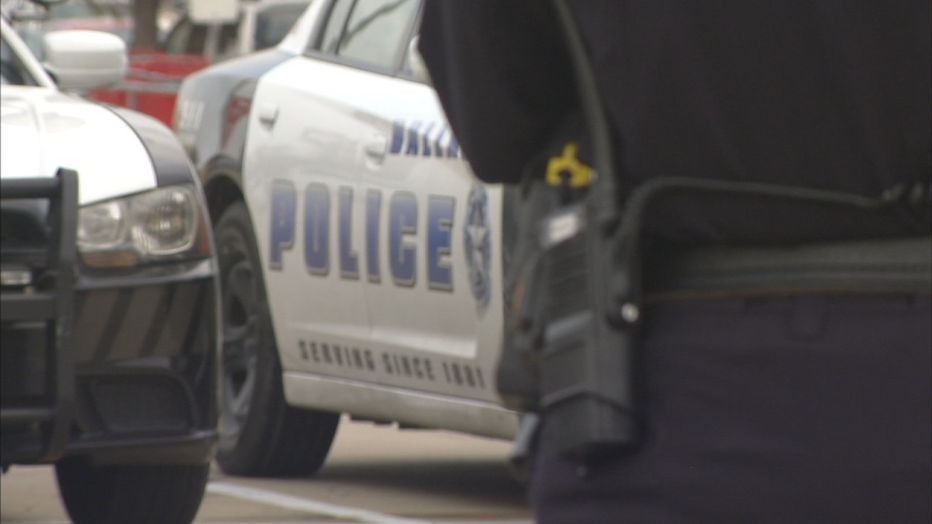 Even before things ignited in Minneapolis, there were some close calls here in Dallas.

In mid-May, an officer was shot in the hand responding to a call on Westmoreland Road.

A day later, an officer was fired at during a traffic stop on Carpenter Avenue.

Frazer worries it will only get worse as officers respond to more violent crime and deal with the anti-police sentiment that often bubbles to the surface.