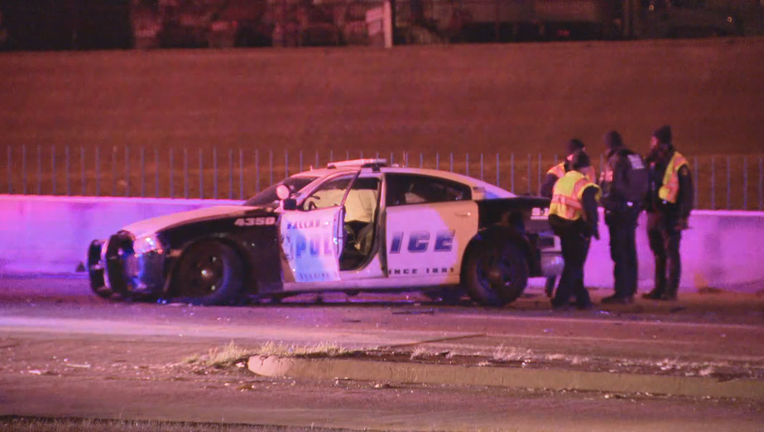 The crash happened just after 5 a.m., as an unoccupied DPD vehicle was blocking traffic in the left lane of I-35, near Camp Wisdom Road.

The vehicle had emergency lights on, when the driver of a black Chevy Malibu crashed into the police vehicle.

The driver of the Malibu was taken to a hospital out of precaution.

No further details were released about the driver and whether they would be charged with anything.