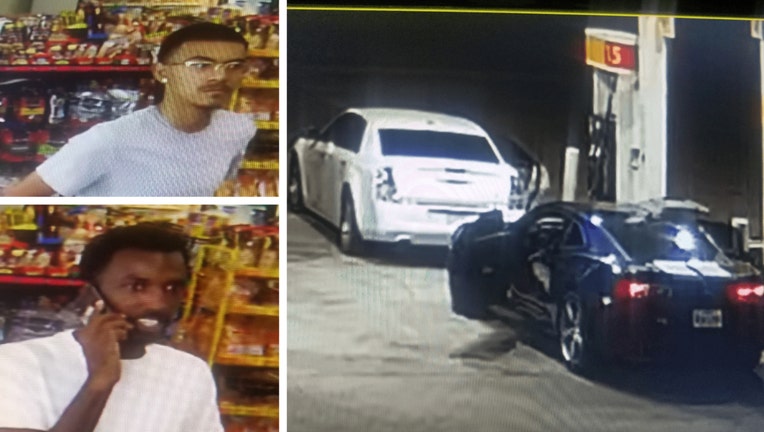 DALLAS - Dallas police are looking for a group of thieves who rigged a gas station pump to get away with thousands of dollars in gas.

Police say two men went to the Shell gas station off of Stemmons Freeway on Sept. 29 and asked for $5 worth of gas. When they returned to the gas pump, they managed to turn off the manual shut-off switch.

The men then had a line of cars waiting to fill up and managed to steal $3,550 worth of gas.

Police say the men were in a white Chrysler 300 and a blue Chevy Camaro with two white stripes on the trunk.