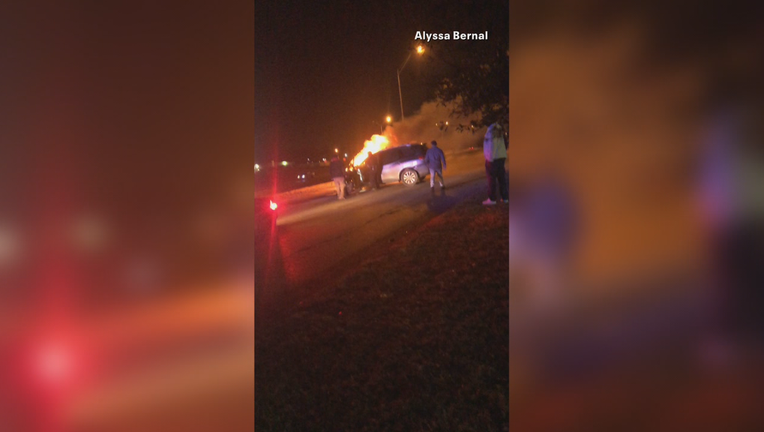 DALLAS - Some Dallas PD officers and Good Samaritans helped get people out of a burning vehicle following a crash early Sunday morning.

The crash happened just after 1 a.m., along the service road of Highway 175 and St. Augustine Drive in Southeast Dallas.

Investigators found that the driver of a Chevrolet Silverado ran a red light at a high rate of speed and struck a Nissan Pathfinder.

DPD officers and Good Samaritans braved the flames to help people get out of the Silverado.

The driver and four passengers in the Pathfinder were taken to a hospital. The driver was in stable condition, but the conditions of the passengers were not released. 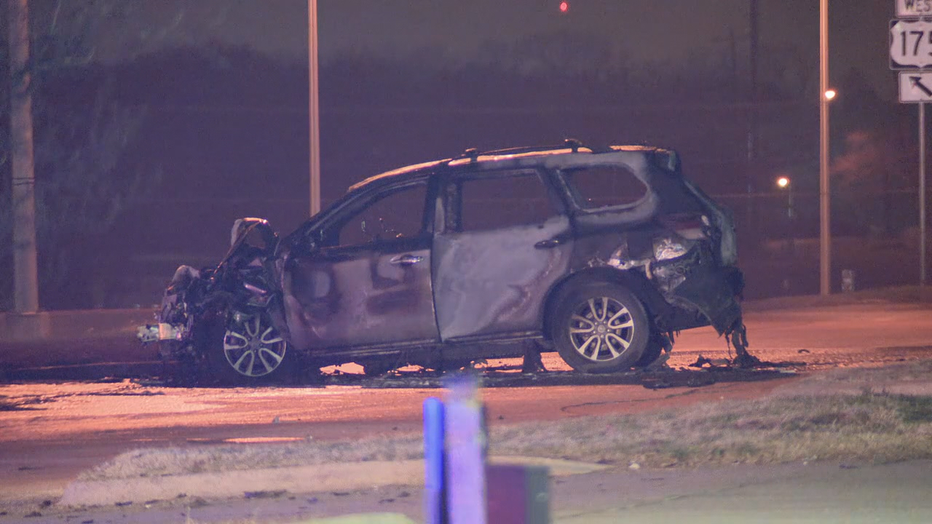