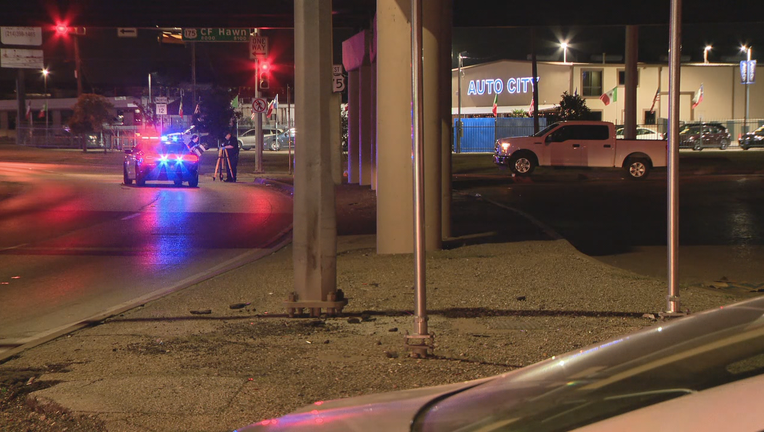 DALLAS - Dallas police are investigating what they say was an officer-involved shooting of an armed man who fired at an officer.

It all started just after 6:45 p.m. Saturday, after police got reports of an active shooter in Pleasant Grove.

There was then a confrontation at Buckner Boulevard and the service road of CF Hawn Freeway.

According to police, the suspect got out of his truck, pulled out a gun, then fired in the direction of the officer.

The officer returned fire while inside the patrol car, hitting the suspect twice.

“We are still trying to determine what the motive was. Were they really firing at the officer? He could've been firing at someone else. You know, we’re still unclear,” DPD Sgt. Warren Mitchell said.

The wounded man was taken to a hospital to be treated for gunshots to his stomach and leg.

Police have not yet been able to determine if the suspect was the active shooter reported in Pleasant Grove.