Good Day had the chance to talk to the Dallas Police Department's Officer of the Year for 2020 -- Officer Aaron Rucker. He works in the South Central Patrol Division and was nominated for his work as a mental health officer.

DALLAS - Dallas police honored top officers at an annual awards banquet, including one officer who goes above and beyond when it comes to mental health crisis.

Officer Aaron Rucker from the South Central Patrol Division was named Officer of the Year.

During his 14 years on the force, Officer Rucker has earned 10 commendations and one life-saving award.

He has a master’s degree in social work and a bachelor’s in psychology on his resume. He’s put both of those degrees to work with the department.

“Quite often we get calls regarding mental health whether it is a family member or they just don’t know or don’t have the resources. So we’re actually able to come to them,” he said. 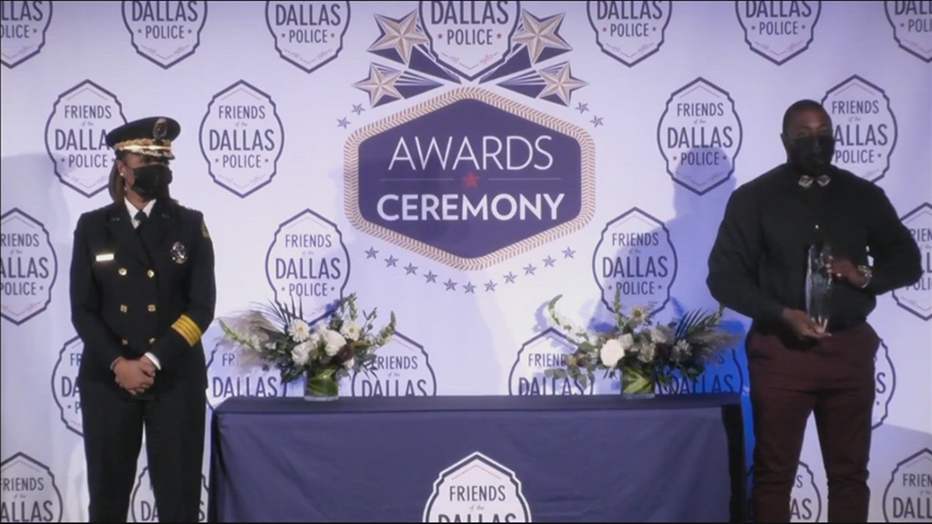 The sergeant who nominated him cited one instance last year when a mental patient broke free from the handcuffs in the back of an ambulance and tried to take his gun and attack him. Deadly force might have been justified but he did not use it.

“I thank my training and the officer that was there with me that day because the ultimate goal was to get him help. So when it was all said and done throughout the frightening situation, we still transported him to the hospital to get him the help that he needed,” he said.

Rucker has been using his experiences to help train new officers in the academy.

“I want people to know that not just me but we all care and love our society and we do our best to make sure that everyone is safe. So I’m grateful that the Dallas Police Department allows me to be a resource to help others,” he said. “I just truly love what I do and I like to allow my heart to speak for my work.”

Part of this year’s event was held virtually, with FOX 4’s Clarice Tinsley introducing some of the nominees.