A Dallas police officer is honoring his brother's memory with the help of a NASA engineer.

DALLAS - A Dallas police officer is honoring his brother's memory with the help of a NASA engineer.

Jaime Castro has been in the news before. He's a Cowboys superfan who was invited to the NFL Draft in Arlington two years ago. His brother, Ezra Castro, who's a Buffalo Bills superfan, passed away last year from pancreatic cancer.

Through unusual circumstances, Ezra Castro will be part of Thursday’s historic launch of the Mars Perseverance mission. 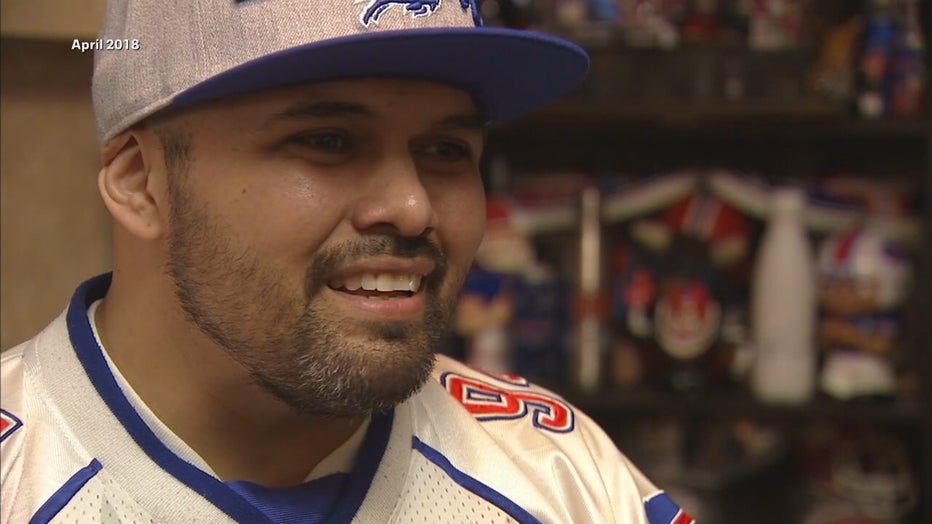 The family had originally planned to travel to Florida to watch the launch in person. But even with COVID-19 derailing their plans, they’ll still watch the special moment together from home Thursday morning.

Ezra Castro’s family has missed hearing his laugh in person. FOX 4 caught up with Ezra and his brother, Jaime, in 2018 as the two super fans prepared to represent their teams at the NFL Draft.

After a year and a half long battle with pancreatic cancer, Ezra passed away in May 2019.

“He's not physically with us,” said Ezra’s wife, Veronica Borjon. “But we know he's always with us emotionally, spiritually and emotionally. Always in our memories.”

Though cancer tears so many families apart, it also brought two families together.

The Castro family met and bonded with NASA contractor Jerry Stoces as he was fighting his own battle with cancer and going through the same treatment.

“Out of sadness grows something really nice and good friendships and able to do something special for that family,” Stoces said.

Stoces has been part of the team working on the Perseverance and came up with the idea to send Ezra’s name to Mars with his family’s names etched in a microchip along with millions of others from around the world all on board the rover scheduled for launch Thursday. 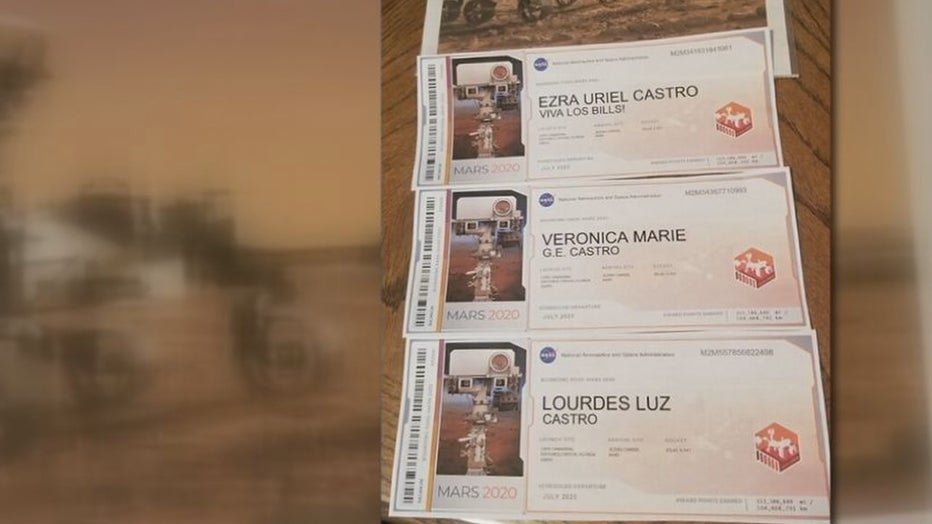 “I thought it really proper to honor Ezra that way because he fought. Boy, did he fight,” Stoces said. “And I just think we all have those battles that come in our life. And if in some way we can do something special and uplifting to remember all they've gone through, it was an honor to do this.”

The Perseverance marks the first time NASA is sending a rover along with a drone to Mars.

“The neat thing with this rover is that it is the first specifically built to go and search an area that we think would be like a very likely prime candidate to land the first crew,” Stoces said.

The Castro family plans to watch the rover’s historical launch together from home Thursday morning.

“It's a wonderful feeling that all of us will be on Mars with Ezra, you know, forever,” Borjon said. “We're going to be in space. And it's our names, it’s our children's names and it's going to live on through them.”

“Like we've been saying, to infinity and beyond. We're looking forward to it,” Jamie said.

The launch is scheduled to happen just before 7 a.m. Thursday.

The Perseverance will take about 6.5 months to travel to Mars. They hope to land it by March 2021.