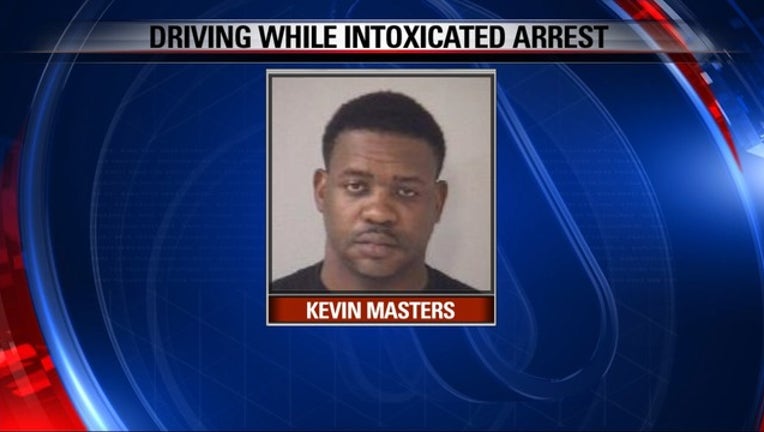 CEDAR HILL, Texas - A Dallas police officer was suspended after being arrested for drunken driving with children in the car.

Police in Cedar Hill arrested Sr. Cpl. Kevin Masters on Monday. He was off duty at the time.

A witness told police Masters’ car almost hit a wall and was swerving in and out of a traffic lane. Officers caught up to him and pulled him over.

The 44-year-old was taken into custody after the officers conducted a series of field sobriety tests. He was charged with driving while intoxicated with children under 15 years of age because his two kids were in the car. In Texas, that’s a felony.

“The Cedar Hill Police Department is committed to keeping our streets safe from the dangers posed by intoxicated drivers; regardless of who is behind the wheel,” the department said in a news release.

The Dallas Police Department said Masters has been on the force since 2001. He’s now on administrative leave pending the outcome of an internal affairs investigation.