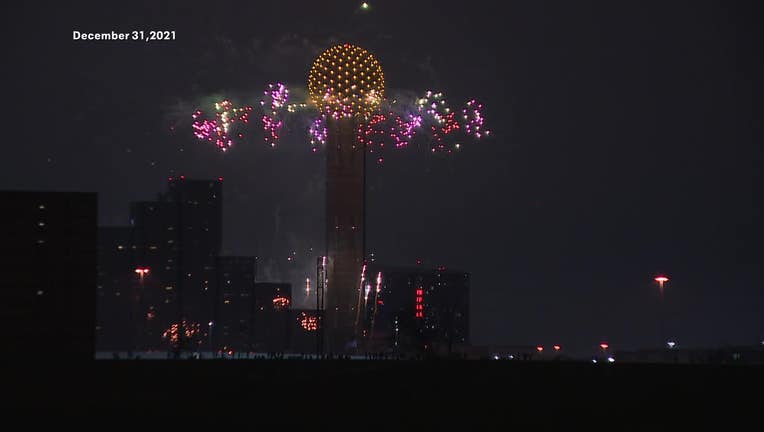 DALLAS - Drones will once again light up the sky around Reunion Tower on New Year’s Eve.

The ball atop the tower and the surrounding area will help North Texans say goodbye to 2022 and hello to 2023.

Exactly 259 LED drones will be part of this year’s "Over the Top NYE 2023" show. That’s the same number as the number of lights on the tower.

"Top celebration is on everyone's calendar, and we are pleased to be a part of it again this year," said Rick Boss with Sky Elements, the company that flies the drones. "This show fits seamlessly into the fabulous pyrotechnics and light show. To have the same number of drones as the light show will make this evening one to remember."

Organizers said the simultaneous fireworks, drone lights, and special effects will make this year’s celebration the biggest ever.

New steakhouse coming to the top of Reunion Tower

Elizabeth Blau and Chef Kim Canteenwalla talk about Crown Block, a steak and seafood restaurant concept, that is expected to open in Spring 2023.

LAST YEAR: North Texas 2022 New Year's Eve celebrations going on as planned, with some scaled back

The lawn of Reunion Tower will not be open to the public, but people can still watch the show from the Hyatt Regency Dallas hotel and other locations around the city.

It will also air on TV and will be streamed online.