The mayor's speech comes just days after a blunt letter he sent to the city manager demanding police craft a plan to reduce violent crimes.

DALLAS - Dallas Mayor Eric Johnson put a heavy focus on reducing violent crime during his inaugural state of the city address on Monday.

The mayor's speech comes just days after a blunt letter he sent to the city manager demanding police craft a plan to reduce violent crimes.

After his speech, Johnson elaborated on the letter he sent to TC Broadnax last week. In it, he addressed the city's homicide rate "on pace for more than 200 homicides for the first time since 2007."

Johnson went on to say "I don't believe the city council has received a sufficiently clear explanation of what is driving this increase... or what the police department's specific plan is to reverse it."

Johnson reiterated he wants a working plan in place by the end of the year. 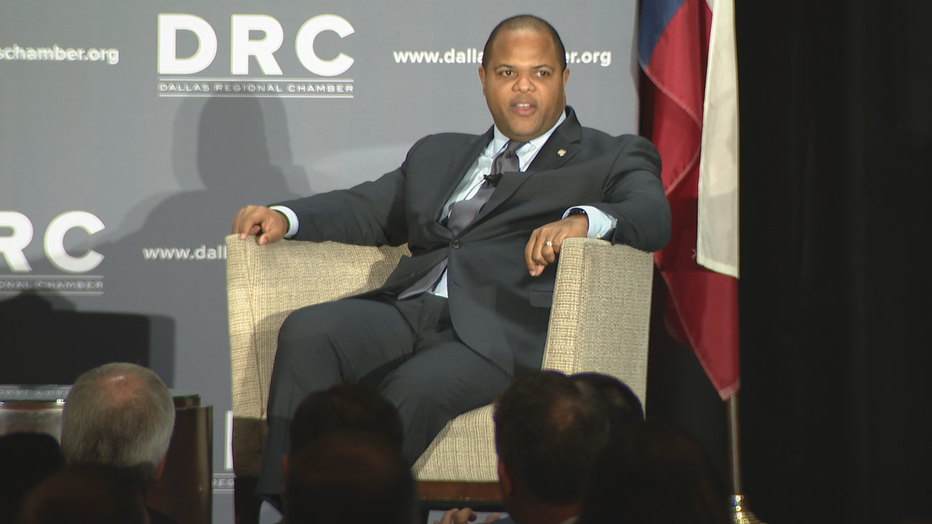 “In this case, I wanted to make sure the statement I made was public and I wanted everyone to understand how urgent the statement was,” he said. “It was not in any way meant to be disparaging to TC Broadnax. I would like to have that plan presented to the city council's public safety committee and myself as soon as possible so we don't have a 2020 like 2019.”

At Monday afternoon's public safety committee meeting, some members echoed the mayor's concerns to Chief Renee Hall, who was in attendance.

“Our citizens are asking for relief and help on all of these issues,” said Carolyn King Arnold.

“Can you briefly give us a response to the request from the mayor and his speech,” asked Adam McGough.

“We're actively engaged in that, and we hope to provide in January a comprehensive presentation and discussion to this body,” he said.

According to the latest crime stats, there have been 194 homicides so far this year. Robberies are up by 15 percent. Assaults involving guns are up by 27 percent

“Touting the fact that she had faced these situations in Detroit and knew how to correct it and knew how to solve it, well you know you’ve been here over two years,” said Dallas Police Association President Mike Mata. “It’s time to do that here. And if you can’t, then we need to find somebody who can.”

At the meeting, Chief Hall did not address the mayor's letter, but she did say recruiting is up.

“As always, DPD will get it done because we always do. So thank you,” she said.

The mayor said he would also work to improve the city's workforce, fight corruption, use hard data to make decisions on spending and improve civility at city hall.

The next public safety meeting is scheduled for Jan. 13. That's when committee members expect to get some answers from the chief.