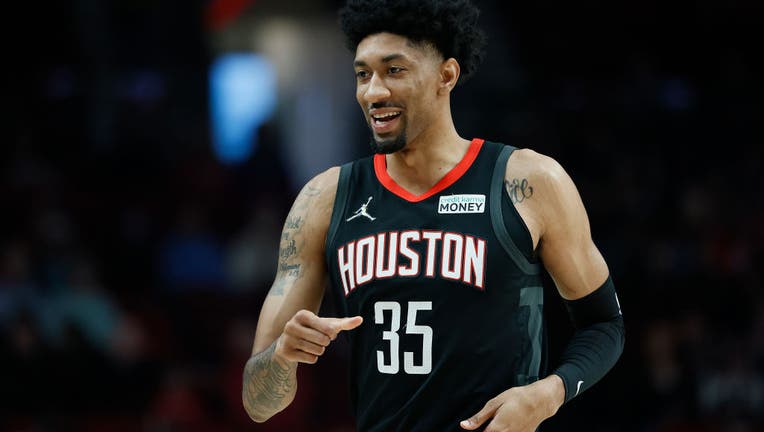 PORTLAND, OREGON - MARCH 25: Christian Wood # 35 of the Houston Rockets reacts during the first half against the Portland Trail Blazers at Moda Center on March 25, 2022 in Portland, Oregon. NOTE TO USER: User expressly acknowledges and agrees that, b

A person with direct knowledge of the agreement said the Houston Rockets are trading center Christian Wood, their leading scorer and rebounder this season, to the Dallas Mavericks in exchange for four players and a draft pick.

Boban Marjanovic, Trey Burke, Sterling Brown and Marquese Chriss are going to the Rockets, who will also receive the No. 26 pick in this year, according to the person, who spoke to The Associated Press on condition of anonymity because the trade is not finalized.

It will not be finalized until the June 23 draft, the person said.

Wood is entering the final season of a three-year, $41 million contract. He revealed to reporters in Houston last week that he had preliminary talks with the Rockets on an extension, though it isn’t known if one side balked or if it simply became clear that he wasn’t going to be in the team’s long-term plans.

Houston also has the No. 3 pick in the draft, with the most likely selection in that spot being Auburn’s Jabari Smith, Gonzaga’s Chet Holmgren or Duke’s Paolo Banchero. Orlando picks No. 1, followed by Oklahoma City at No. 2, and there has been much speculation that Banchero would fall to the Rockets.

Wood averaged 50% shooting this season, including 39% from 3-point range. Dallas will be the 26-year-old’s seventh team in seven NBA seasons, after stints in Philadelphia, Charlotte, Milwaukee, New Orleans, Detroit and Houston.

His breakout started in an eight-game stint with the Pelicans in 2018-19, averaging 16.9 points. He averaged 21.0 points with the Rockets last season, his first as a full-time starter, and appeared in a career-most 68 games with Houston this season.