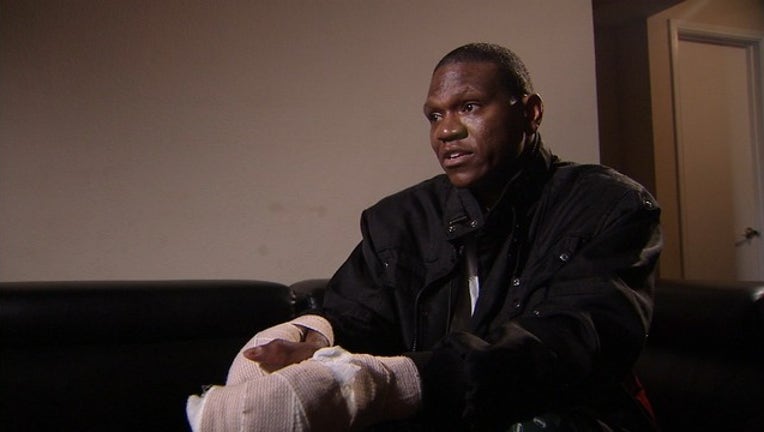 DALLAS - A Dallas man who came down with a severe case of the flu had to have his fingers amputated after quickly developing secondary infections.

Joei Smith's case is one of several in North Texas that emphasize the danger of this year's Type A and Type B flu strains and how susceptible flu patients are to secondary infections. He just got out of surgery, and more surgeries could be on the way.

Within 12 hours’ time, Smith went from feeling disoriented and lightheaded to being rushed to the emergency room where he was told he might not survive.

"I came home and I thought, ‘Hey, I could sleep this off,’” he recalled. “With this that's going around right now, that's not the right way to go."

On December 29, Smith went home sick from his job in Dallas. Hours later, he asked his friend to take him to the ER at Texas Health Presbyterian Hospital. By 3 a.m. the next morning, his family was driving in from Alabama.

"They were telling my friend that they didn't think I would make it through the night,” he said.

Smith’s diagnosis was the flu, strain B, pneumonia and sepsis. He was put on breathing machines and blood thinners to stabilize his blood pressure. It kept him alive but compromised circulation in his hands and feet, which is why he had to have his fingers amputated nearly six weeks later. He’s waiting to learn whether he will also lose his toes.

"But, I'm in good spirits,” he admitted.

In a way, Smith has survivor’s guilt. His thoughts are with Heather Holland, the second-grade teacher in Weatherford who also had flu strain B and pneumonia but died.

"She seemed to be all so healthy and fit, and she didn't make it,” Smith said. “That's just so devastating to me. Why did I make it and she didn't?"

Doctors stress to not wait to seek treatment. Otherwise, an infection of the flu can result in a secondary infection of pneumonia or sepsis.

"It's rare,” said Dr. Jeff Butterfield with Methodist Charleton. “Usually you see secondary infections with the extremes of age — very young or very old or people with chronic illness — but it can happen in healthy people."

"There is light at the end of the tunnel, despite my new normal,” Smith said. “I'm going to be okay, and I'm going to make sure that I'm going to do the best that I can with the rest of my life."