Dallas man seriously hurt after being dragged during Friday carjacking

Dallas police are looking for the people responsible in a carjacking that seriously injured a man early Friday morning.

DALLAS - Dallas police are looking for the people responsible in a carjacking that seriously injured a man early Friday morning.

Part of the situation was captured on surveillance camera. A man was trying to hang onto his car was thrown into the street, where he lay motionless.

Police say the victim is a 38-year-old man who is still alive but in bad shape. Police don't have anyone in custody yet, but they do have persons of interest.

Surveillance video shows a portion of the crime at the 7-Eleven on Audelia Road and Walnut Street.

A man, believed to have been carjacked at a different location, somehow tracked it down. The video shows him running to the car that is obscured by a gas pump. The car peeled out with the man hanging onto the side. As the car turned, the man was thrown to the ground and laid there motionless. 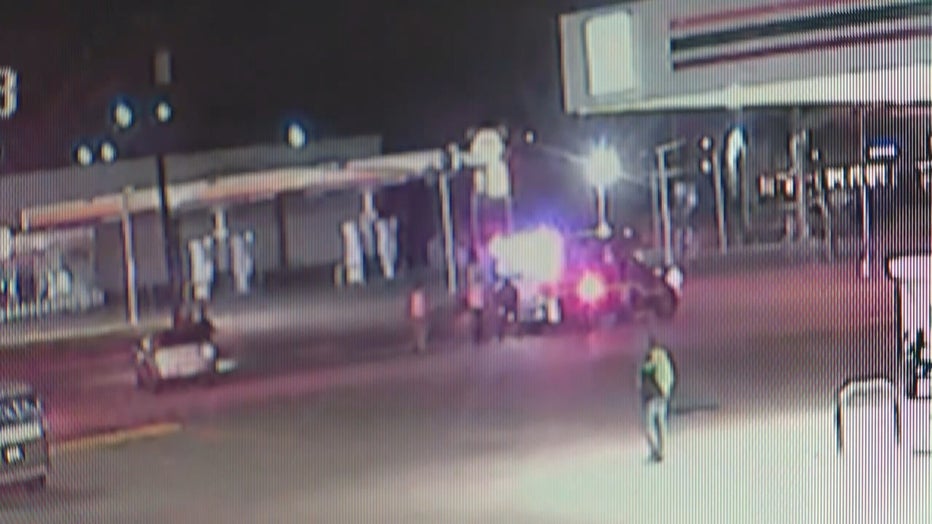 A bystander then drove up and parked in the street to protect him from getting hit. Others did the same while waiting for paramedics. The man never appeared to move before he was placed on a stretcher and loaded into an ambulance.

“For investigative purposes, they don't want to divulge a lot of information that might interfere with the investigation,” said Dallas Police Sgt. Warren Mitchell.

Sgt. Mitchell did say they were looking for teenagers related to the incident, but police did not provide suspect descriptions.

Police have not yet released the identity of the man who was carjacked.