The mayor of Dallas is calling for an audit of the company hired to run free COVID-19 testing sites in Dallas County.

DALLAS - The mayor of Dallas is calling for an audit of the company hired to run free COVID-19 testing sites in Dallas County.

County commissioners already expressed concerns about the multimillion-dollar contract, including the accuracy of tests and the time it takes to get results.

Dallas Mayor Eric Johnson called for an audit to determine how and why a Washington-based company won a $14 million contract to run COVID-19 testing sites in Dallas county and whether the company is fulfilling its contract.

In a memo to the city auditor Wednesday, the mayor questioned the “unusually low positive testing rate at the University of Dallas site that was operated by Honu” Management Group in July. The mayor went on to state, “these concerns are worth a closer look…the stakes are extraordinarily high.”

“We certainly right now cannot afford to have our contracting processes be lax in any way where money is going out the door and we’re not getting back what we expect,” Johnson said.

Honu started running the University of Dallas testing site last month. The site has since moved to Eastfield College in Mesquite. 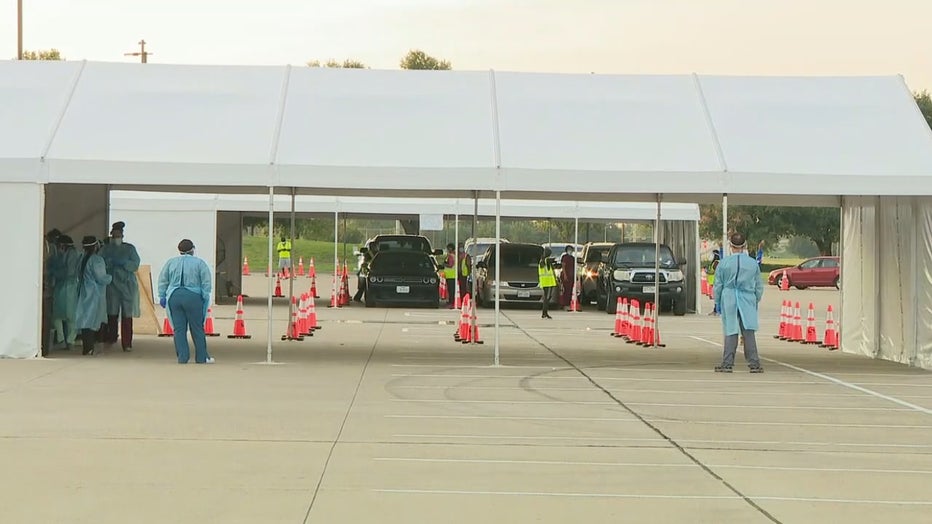 Since Honu took over, about seven percent of people getting a test returned positive. That’s compared to much higher rates in other places where tests are being conducted, like Parkland.

“Stuff that was reported to us that might not be entirely accurate,” Johnson said. “We need to run a tight ship.”

Dallas County commissioners, who partnered with Dallas to pay Honu using federal CARES Act money, expressed concerns on Tuesday that test turnaround is taking longer than the 72 hours that were promised.

Commissioner JJ Koch said in a statement to Fox 4: “I don’t yet know for certain that we are in a ‘we should have known better’ situation with Honu, but we need to sort that out quickly.”

Dallas county commissioners plan to wait for an invoice from Honu to determine how to move forward.

A spokesperson for the city of Dallas says the city is taking new bids for contracts to run testing sites.

“There are a number of challenges, and that’s why we continue to seek qualified vendors because it is a dynamic situation,” the spokesperson said.

Honu Management Group has not returned calls for comment.

Dallas is taking bids for contracts to run testing sites through the 17th.