r. Michael Hinojosa says there will be much more deliberation about the return to school, but delaying the start may be more realistic.

Dr. Michael Hinojosa says there will be much more deliberation about the return to school, but delaying the start may be more realistic. He also had some less than optimistic thoughts about high school football.

The superintendent is typically always optimistic. Even after the tornado destroyed three schools last fall, school never skipped a beat.

But now, in a network interview with MSNBC, Hinojosa says he's no longer sure they call pull off an August start date. 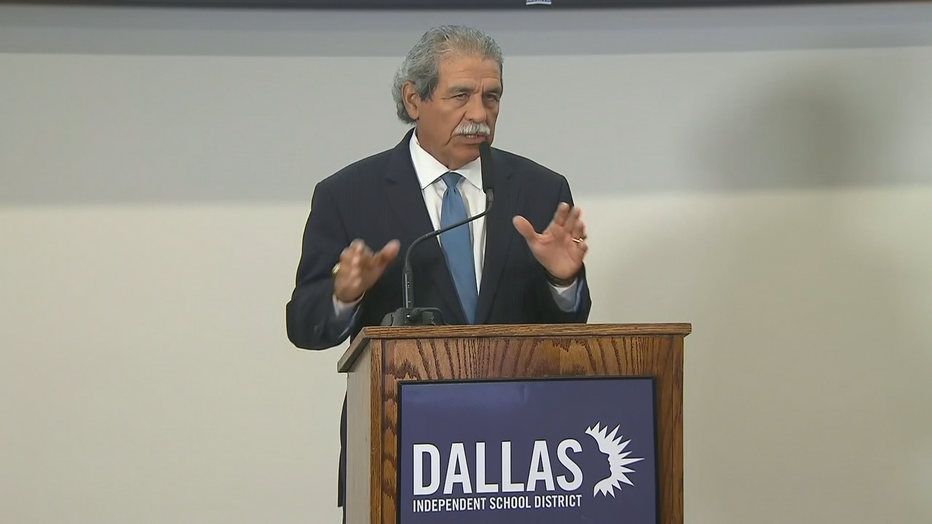 “Initially, I thought we would be ready. But I am starting to have second thoughts. Can we pull this off by August 17?” he said. “Parents have pivoted. More than 50 percent are saying now they don’t want to come. I’m hearing loud and clear from teachers they are concerned how we can pull this off."

Hinojosa says pushing the start date into September is not out of the question.

“Originally, that was the backup plan that I had,” he said. “But now, that backup plan is becoming more of a reality.”

An elementary school teacher, who did not want to show her face, says she agrees that kids need to be in school, but not if it is at the expense of their physical health.

The teacher says teaching her class and her two kids virtually this spring was not easy. But she believes it may still be the safer option.

While the state has given parents a choice of whether to do in person or virtual learning, teachers — even those with high-risk health conditions — have not been extended the same option. Even so, she doesn't think delaying the school start date is the answer.

“Children are priority. Without teachers, no school,” the teacher said. “A delay would not have much impact on the cases. Rather than delay the start date, start remote and then slowly reopen as cases drop.”

Dallas ISD School Board President Justin Henry says he has an open mind about a delayed start.

“Safety of students is staff priority,” he said. “I am a parent of two kids. I’m dealing with that decision myself. Safety is a leading issue.”

Henry says they are still finalizing the date for the special meeting later this month. He says that is also the meeting where they hope to lay out exactly what the school day will look like from drop off to pick up in the pandemic environment.