Apparently, not all Dallas ISD security members were on the same page when the new safety policies were enforced at high school athletic events Tuesday afternoon.

DALLAS - Apparently, not all Dallas ISD security members were on the same page when the new safety policies were enforced at high school athletic events Tuesday afternoon.

Metal detectors were used on everyone, which is consistent with the new policy. But a FOX 4 crew saw women being allowed to bring in purses after guards searched them at Skyline High School.

The district's new policy this week says fans would not be allowed to bring purses, bags or backpacks because of tighter security following a shooting at a basketball game over the weekend.

At Dallas ISD games this week, metal detection wands are the new normal at all DISD high school athletic events following a shooting at a game between South Oak Cliff and Kimball.

An 18-year-old was critically injured and a DISD officer suffered minor injuries. A 15-year-old boy was arrested for the shooting.

“There will be a requirement that we need to go out and purchase additional resources. We have quite a few games throughout the district,” said Dallas ISD Police Chief John Lawton. “So not only staff and personnel, but we will need updating and repair some equipment so it will be an ongoing process.” 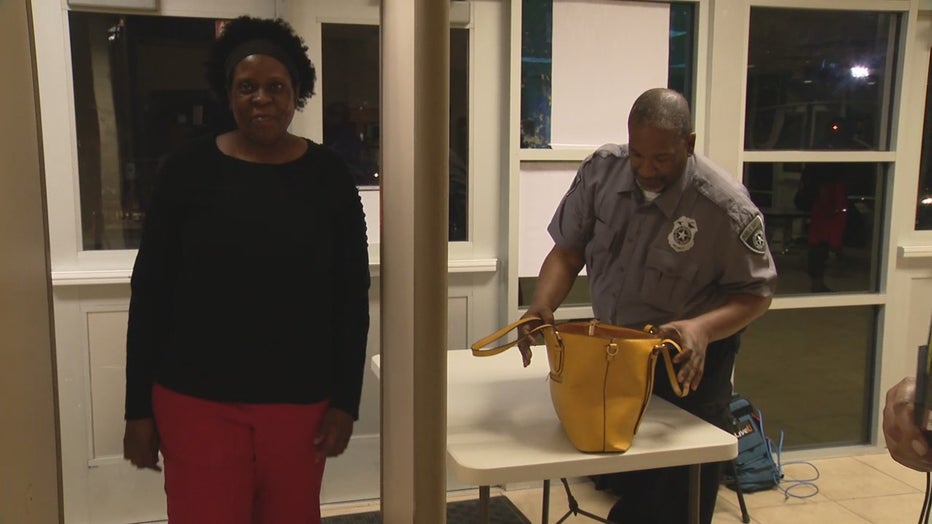 The director of athletics for the district says on a Tuesday night there could be up to 85 basketball games.

At the Richardson-Skyline games at Skyline High School, there was initially some confusion with officers about this week's changes. They checked peoples' bags and purses but allowed some women to bring them inside.

The district had said the policy would be tightened to ban purses, bags or backpacks from games this week. Then minutes later, officers started correctly enforcing the policy and telling people with purses or bags to take them back outside and leave them in their cars.

Some Skyline parents say metal detectors should have already been the policy.

“Maybe, we could've prevented it from happening this past Saturday,” said parent Nikki Turner. “They could've been doing it to keep us safe since we know the guns are here.”

Visiting Richardson fans say they have no problem with the additional screening.

“I just think it's fine,” said parent Jo Ann Miller. “If that's what we have to be safe, then it's OK with me.”

Starting next week, the district will transition to a clear-bag policy and only allow sports fans to bring things like clear tote bags, one-gallon zip-locks or clear clutch purses.

The head of DISD athletics says they are already working on a plan for how they handle security for baseball and soccer games.