DALLAS - There will be some last-minute decisions made early Wednesday morning on where hundreds of Dallas ISD students return to class for the first time since the storm. Some places are set for the relocated students, but others might not be ready.

Dallas ISD officials and staff members worked on Tuesday to prepare for the return of students whose campuses were destroyed by Sunday night’s EF-3 tornado.

Nearly 3,000 students at three Dallas ISD campuses -- Walnut Hill Elementary, Cary Middle and Thomas Jefferson High School -- are displaced for the rest of the school year. So the school district is quickly opening new schools less than 60 hours after the storm hit.

Dallas ISD says it will make a decision by 4 a.m. Wednesday on whether or not the following six campuses will reopen for that day:

The biggest challenge was at recently closed Thomas Edison High School in West Dallas, where teachers and staff rolled up their sleeves to set up the new home for Thomas Jefferson H.S. About 1,800 students will be bussed nearly 10 miles to the Jefferson at Edison campus. 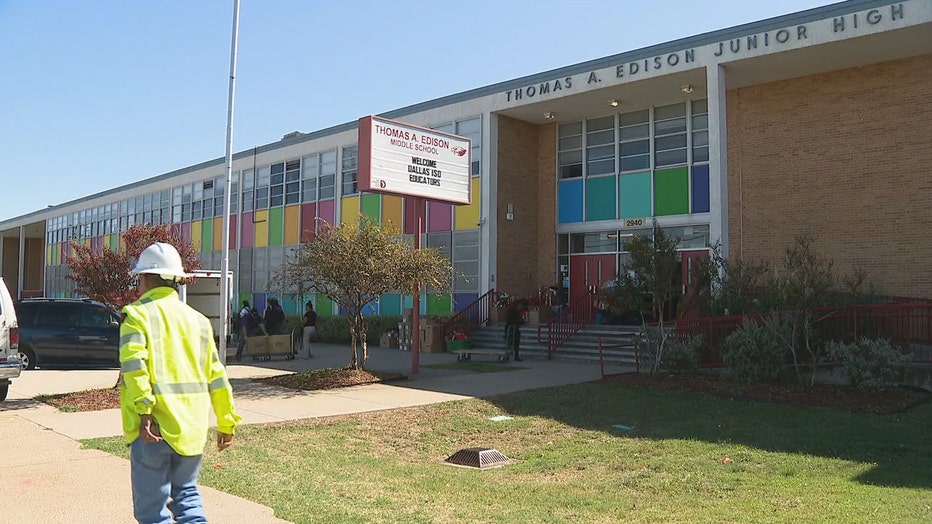 “Our people our kids, that's who makes a home, we're going to make this a home,” said Thomas Jefferson H.S. Principal Sandi Massey. “We don't have anything; you can see it is a blank space.”

Sandi Massey the principal of Thomas Jefferson High School, has watched her school turn around in recent years. From being ranked at the bottom of the district, to becoming DISD’s second-highest performing comprehensive high school.

Now, the students will be tested like never before.

“The biggest disadvantage is not being in the community we serve, it's the biggest loss,” Massey said.

Nearly 3,000 students at three Dallas ISD campuses are displaced for the rest of the school year.

The principal sent teachers out door-to-door in neighborhoods to get word out that school starts at 9:00 a.m. Wednesday. Massey believes the commute will be worth it to keep the community together. The school has the state’s highest percentage of high school students learning to speak read and write English.

“Starting over with an empty classroom is so, so hard. But we are experts in what we do. You don't have to have material to teach a kid, you have to have heart and knowledge,” Massey said.

Massey became emotional when asked what she wants to tell her students.

“This is going to be a great experience we will make this a home for you. Please come, and get on those buses and let us welcome you to the new Thomas Jefferson,” she said. 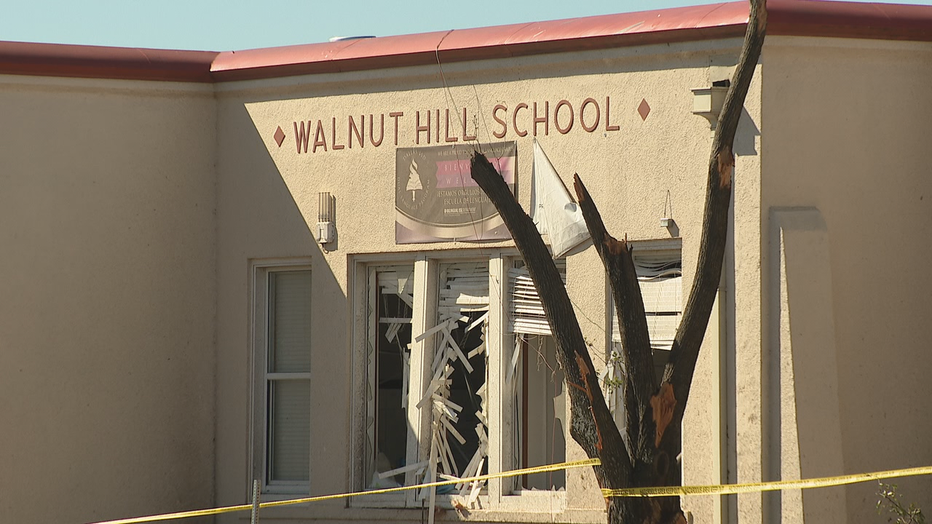 Students from Walnut Hill will be moved to Tom Field Elementary, a campus that was closed last year. Superintendent Dr. Michael Hinojosa said that will likely be their location for the next year and a half. The change takes effect on Wednesday.

Students and staff from Cary Middle School will be split between Medrano Middle and Franklin Middle, depending on where the students live. School officials will be notifying students and parents to let them know which school they will need to report to on Wednesday.

Courtney Fadley has never bought so much school supplies at once. The Walnut Hill Elementary mom delivered the goods she purchased with $3,000 in monetary donations to her son’s new campus, the former Tom Field Elementary in Northwest Dallas.

A Walnut Hill Elementary mom delivered the goods she purchased with $3,000 in monetary donations to her son’s new campus, the former Tom Field Elementary in Northwest Dallas.

Teachers left with nothing were extremely grateful with Fadley’s donations.

“We were trying to think how can we make this as easy as possible for him and reached out to the principal to ask what supplies are the teachers walking in tomorrow with, and he said nothing,” Fadley recalled.

Parents say getting their kids used to their new environment will be a challenge. But they know their kids are better off than some DISD students whose learning remains in limbo.

Three other DISD schools with less damage or simply no electricity -- Pershing, Cigarroa and Burnet Elementary schools, will send students on Wednesday to temporary accommodations at Loos Fieldhouse.

Hinojosa says his main goal was to keep kids from having idle time.

“When you go through a traumatic experience, the worst thing you can do is be home. If your home was damaged that's all you see. It affects your psyche, but if you have a place where your friends are, teachers are, people who support you, homecoming instead of howling tornado, helps their psyche move on,” Hinojosa said. 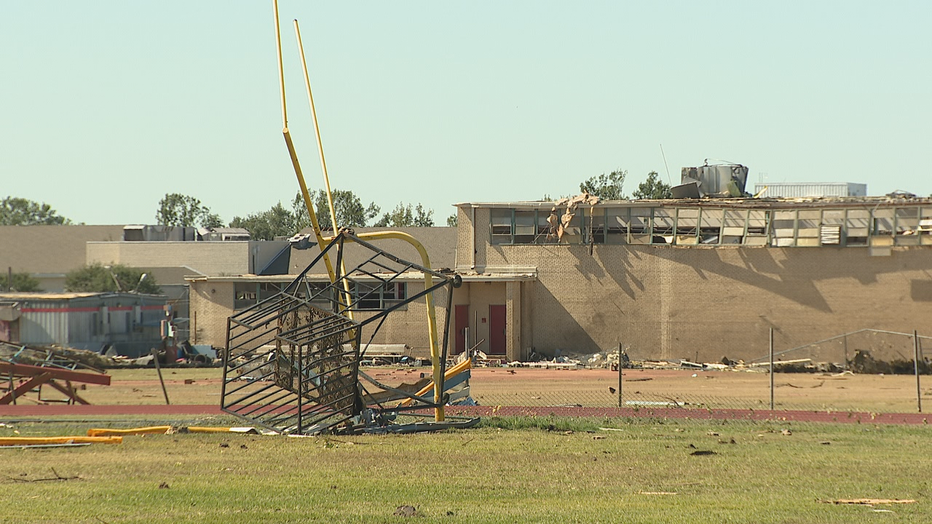 When students arrive on Wednesday morning, they’ll be given lanyards identifying their home schools and some sort of stickers placed on those to indicate whether they came on a bus or arrived by car from their parents.

Counselors will also be on hand for students and staff

The cost of the damage to all of the various school campuses is not yet clear, but the superintendent said the district has $600 million saved that will help cover costs along with insurance.

Dallas ISD says it will keep parents updated through social media and email about plans for Wednesday.