Dallas ISD just launched a pilot program allowing students to compete in esports with coaches that set a curriculum.

DALLAS - Esports is growing across the country with colleges now offering scholarships to students.

Dallas ISD just launched a pilot program allowing students to compete in esports with coaches that set a curriculum.

The program can give students a pathway to scholarships. There is also a possibility the University Interscholastic League could recognize esports like other sports.

Right now, several Dallas ISD schools have gaming clubs. With interest growing, district leaders say schools will soon have teams and jerseys. Esports will be another after school activity for students. 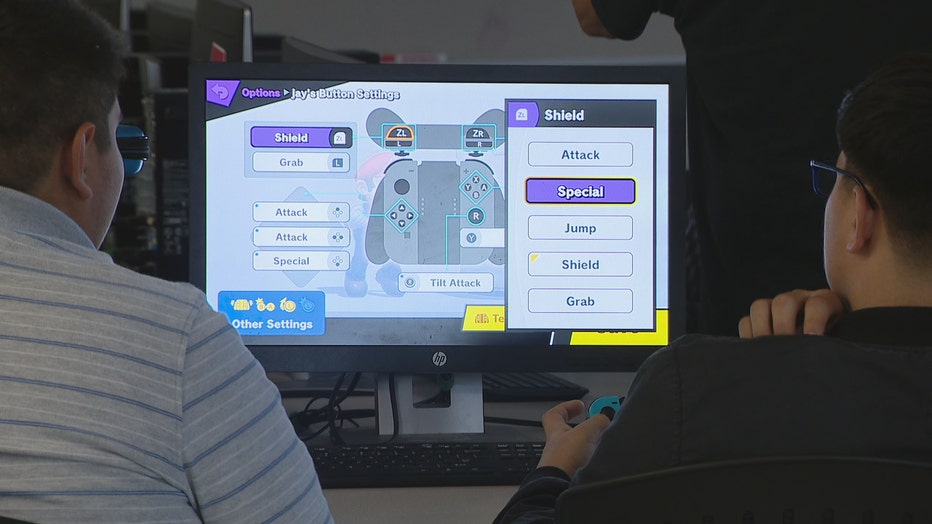 “It caught me off guard that they started caring about video games,” he said. “I thought everyone would see video games as childish and not important.

As part of the pilot program, Salazar and his classmates are competing in a Super Smash Brothers Ultimate league. His team will compete against teams from other high schools.

“I am just going to say it,” said Video Game Design Teacher Elizabeth Hughes. “It is more intellectually stimulating because you are sharpening your mind and that is the most important thing that these students need to get in the practice of doing.”

Hughes says her lab is packed four days a week.

“The students are actually building on those 21-century skills that are required after high school,” she said.

Students in North Texas are competing and winning on the collegiate level. The Super Smash team at the University of Texas at Dallas won a national championship.

Last year, the city of Arlington opened one of the largest esports stadiums in the US at its convention center.

In two weeks, the UIL could consider a pilot program that would treat esports like other sports programs in Texas schools.

“It is still in the early stages, but there is certainly interest among several legislative council members and enough interest to send out that survey,” said UIL spokesperson Kate Hector.

For Salazar, he sees the change as an open door for a community that might be overlooked.

“There is a future,” he said. “It’s more than just sitting at home. Meet new people. It’s really nice.”

Burleson ISD also has esports. Skyline competed in a tournament last month hosted by Burleson and took first place in the Fortnite competition. The team will play at the esports stadium this weekend in Arlington.