A Dallas ISD basketball league for special needs students is providing opportunities for young people and hope for their parents.

DALLAS - A Dallas ISD basketball league for special needs students is providing opportunities for young people and hope for their parents.

The idea for the league came as preparations were underway for the Special Olympics. District officials thought they should create a league within the district for athletes with learning disabilities to play organized sports.

“We partner with Special Olympics and we provide athletic opportunities for the special ed population,” said Chris Williams, Dallas ISD Adaptive Physical Education Program, who decided to take on the challenge. “This is a hundred percent their population. They're competing a hundred percent against kids on their same talent level.”

The hype of high school basketball could be felt as South Oak Cliff's Golden Bears recently hosted the Wilmer Hutchins Eagles. The action on the court was a D-League game featuring the teams with special needs players.

District officials say the idea is develop the special needs student athletes on and off the court.

Parents like Revis Loftis, whose son is No. 12 for SOC, broke away from work to join students at the school so the games can have an audience.

“A lot of people say that these kids are special needs but they do have special talents and they are in a position where they can display those type of talents,” Loftis said. 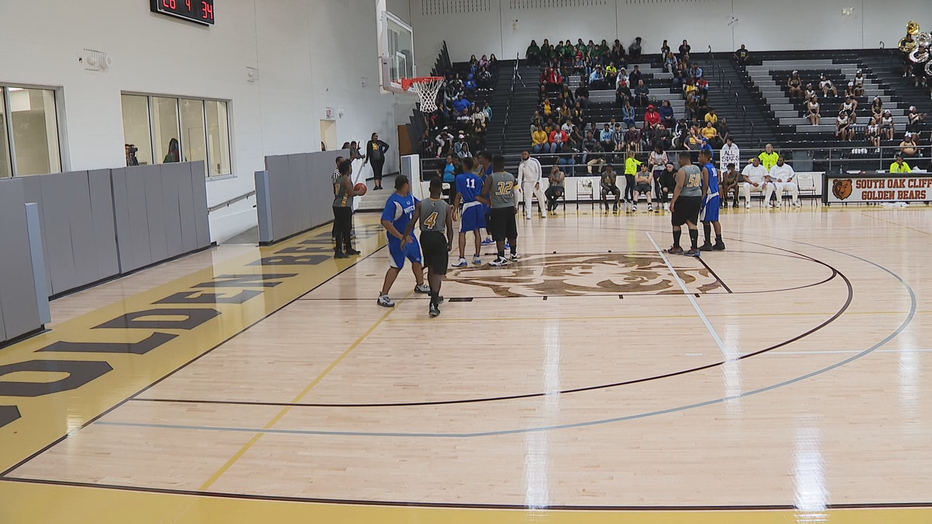 Tiffany Alexander had her Bryan Adams High School Cougars at the game scouting their upcoming opponents. She hopes to expand the league to include soccer and track.

“The goal is to go statewide. The final goal is to be able to participate in the regional and world games with Special Olympics as well as have our own entity within UIL,” Anderson said.

“I feel proud, I feel proud. Me and my boys, we did excellent out there,” said George Lopez, Wilmer Hutchins D-League player.

Williams said he’s already seen the benefits of the games.

“It helps them a lot, because a lot of the students in the schools can recognize them and they high-five them throughout the school and it just builds their confidence,” Williams said.