Dallas ISD decided to change the way grades are reported for the rest of the school year. All students will now finish the year with a pass or fail.

DALLAS - Dallas ISD decided to change the way grades are reported for the rest of the school year. All students will now finish the year with a pass or fail.

Trustees have also agreed to change the way teachers are evaluated.

The superintendent has said that he does not want this pandemic and being out of school for the rest of the year to hurt students’ GPAs and class ranks.

The board unanimously approved Thursday to make grades for the spring semester a pass or fail. Students with a 70 grade and above would pass.

It means, for example, a student who received a 60 in the fall semester and an 80 in the spring semester would pass the class.

JR Huerta has a third-grader at Rosemont Elementary School and a seventh-grader at Hulcy Steam Middle School. He believes that, under these circumstances, pass/ fail has to be done to keep things fair, as some students don’t have conducive learning environments while quarantined at home, or might have issues learning online.

“It’s the only way to be fair across the board because there’s no way to test the kids, figure out where they’re at, where they’re not at, who did the work, who gave whom the work,” Huerta said. “I know that’s unfortunate, but I think that the system has to be in there where you pass if you did your assignments.” 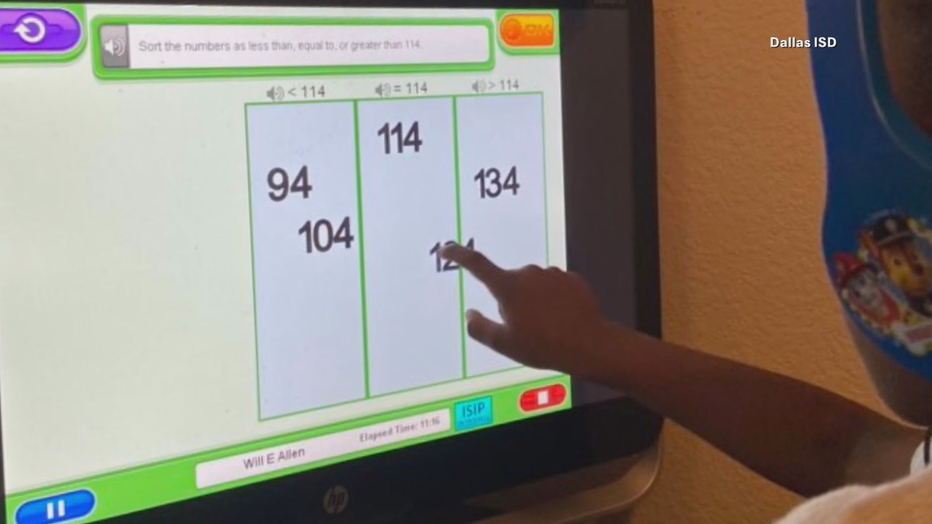 But parent Sheri Adams says her daughter, a junior at Woodrow Wilson High School, is working really hard seven to nine hours a day and should see the benefit of that reflected in her GPA as she prepares to apply to colleges.

“She’s maintaining good grades, and I would like for her to receive the benefit of her hard work under these very, very unusual circumstances,” Adams said.

The board also voted on teachers’ annual evaluations that can affect their pay. The resolution ensures that teachers’ evaluations will not impact them negatively.

It is a gift to average students but kind of a ripoff to those who worked hard in spite of schools being closed. FOX 4's Dan Godwin explains Dallas ISD's plan for a pass or fail grading system.