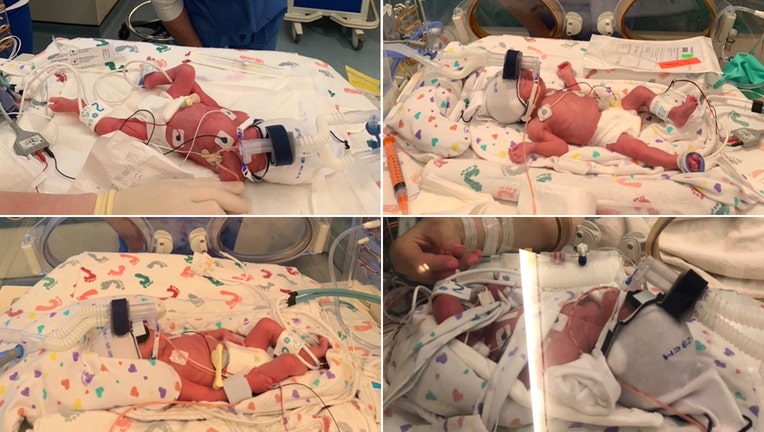 DALLAS - Things have been rapidly changing for a Dallas couple. They are now the proud parents of rare identical quadruplet boys.

“I drive a Honda Accord and Chris has a truck. So how is that gonna work? We have to go shopping. We’ve got to buy a new car,” said Jenny Marr, the excited new mom.

Good Day's Lauren Przybyl got the chance to meet Jenny and her husband, Chris, before the babies were born Sunday at Texas Health Presbyterian Hospital in Dallas.

Identical quads were born at Texas Health Presbyterian Hospital in Dallas on Sunday. Good Day's Lauren Przybyl got to meet the excited mom and dad just before the baby boys arrived.

The Marrs said they were both in shock when they learn their family of two would soon grow to six.

Then they were sent to one of the top maternal-fetal medicine doctors in the area. Dr. Ryan Reinheirt’s sonographer took one look during the sonogram and knew there weren’t three babies in Jenny’s belly.

“I think I turned to Dr. Ryan and I said, I’m not coming back next week because there will be five,’” Chris said.

The four boys are identical, meaning they came from an egg that spontaneously split four times after fertilization. There were no fertility drugs involved.

There are only 72 recorded cases of identical quadruplets in the world and most are girls. In the Marr's case, even the pregnancy was a big surprise.

“We didn’t do anything for this. It was a two bottle of wine kind of night,” Jenny laughed.

Both Chris and Jenny are only children.

“That’s the crazy part too. We are both the only child,” Jenny said.

“So we never had any brothers or sisters. I always thought if we had kids we would have two because I know being an only child can get kind of boring sometimes,” Chris said.

Jenny was put on a 3,000-calorie diet before the babies were born. She said she was always hungry and laughed about her active and growing boys.

All four of the babies – Hudson, Harrison, Henry and Hardy – are doing great in the NICU. Mom is doing great too. 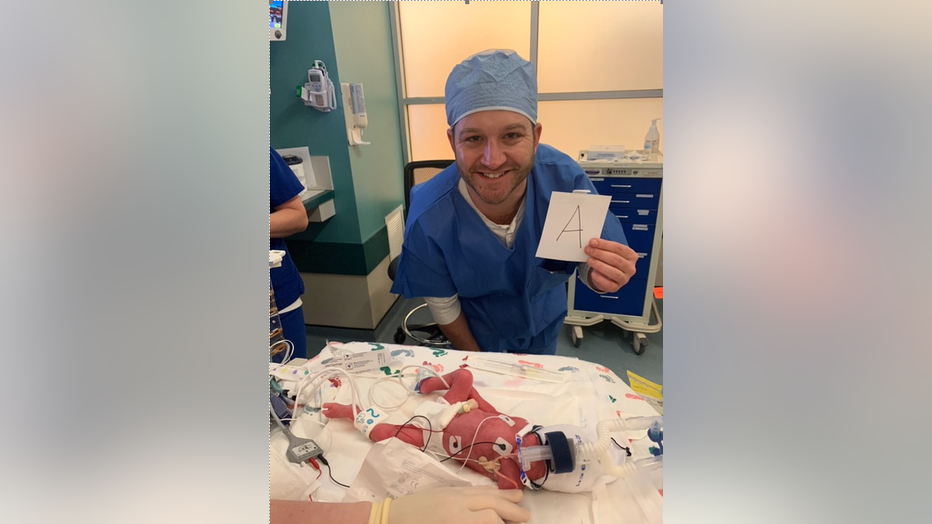 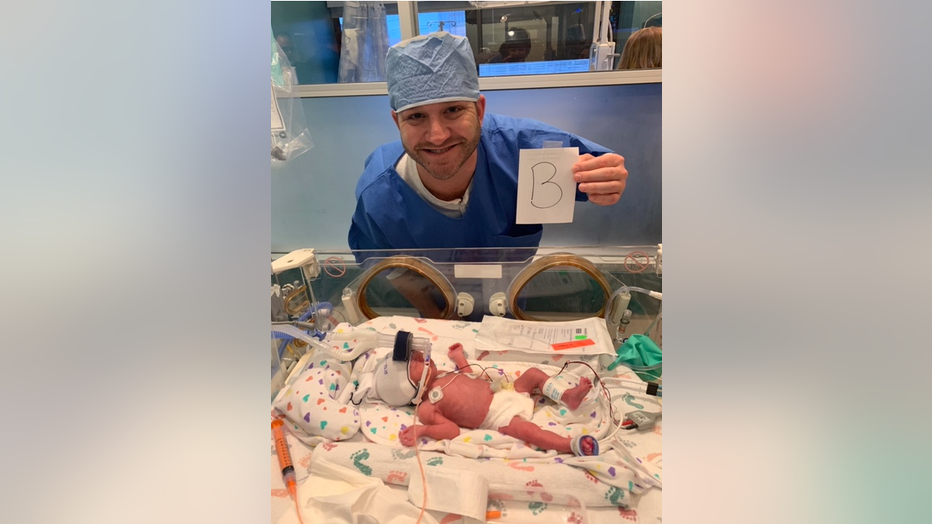 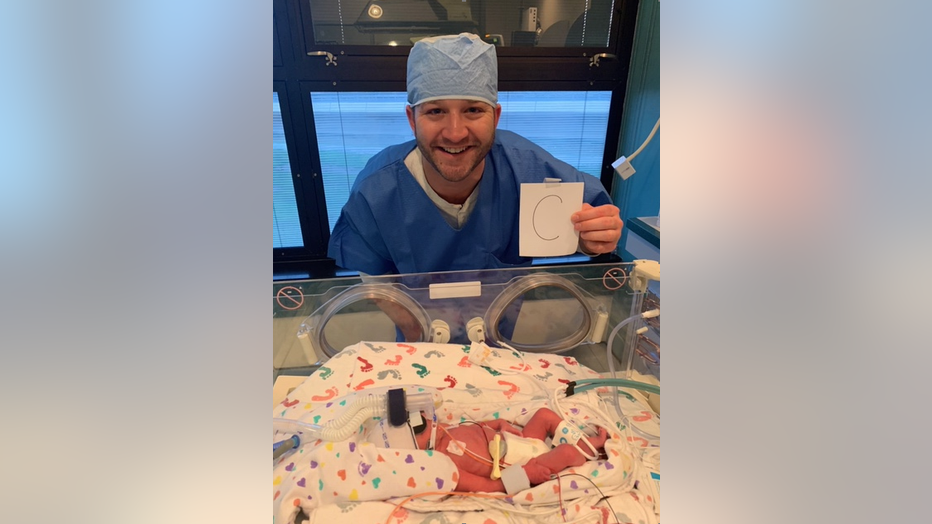 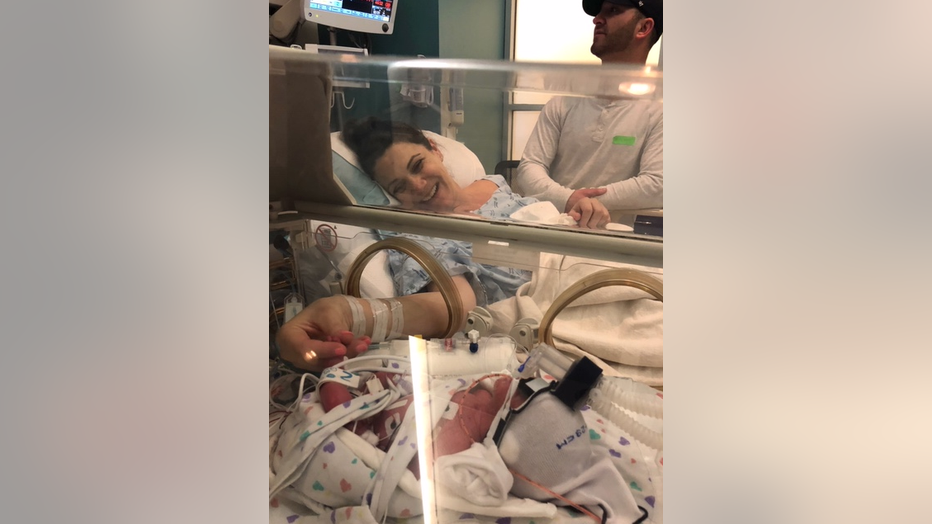