Dallas County broke a record over the weekend by surpassing 600,000 early voters.

DALLAS - Dallas County set an early voting record this weekend and it could set another later this week.

This is the last week to vote early more than 600,000 people have already voted in Dallas County. That’s about 43% of the county’s 1.4 million registered voters.

On Monday morning, a group of men with a Black young professionals’ organization went to the American Airlines Center to cast their ballot and take photos in the rain. Their message is that every vote counts.

RELATED: How to vote in Texas

“Young professionals kind of doing a dress event, taking photos and voting together in mass those that had not voted,” said Brandon Vance, who was out encouraging people to vote. “It was a great opportunity to get folks together encouraging them to come out and vote taking photographs so we can spread that message around Dallas and across Texas. This election is very consequential. We need everyone to come out.” 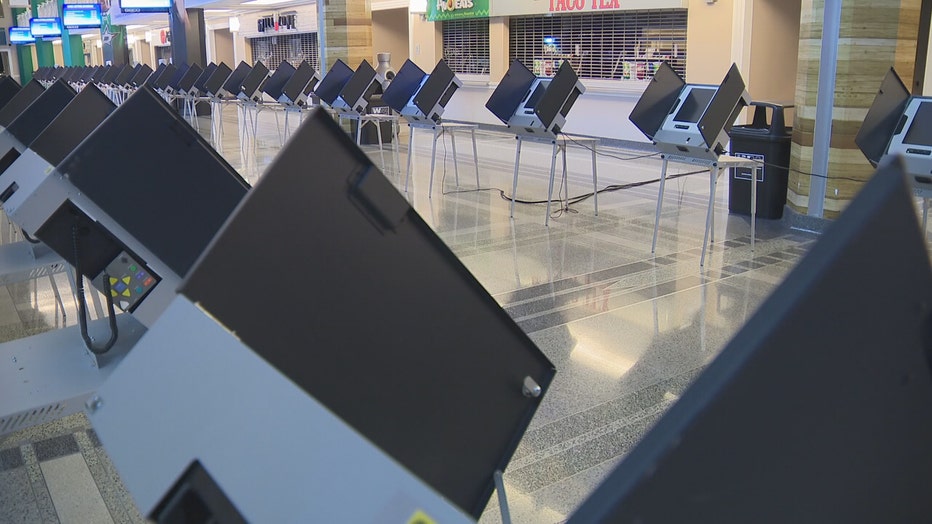 There haven’t been any major problems voting so far but one voter who contacted FOX 4 found some machines left unattended at one location.

“My biggest concern was to secure the location and I didn’t want to have any problems with anything coming up missing out there,” said Ray Bowden, who showed up to vote early at the Dallas College Garland Center.

Dallas County Judge Clay Jenkins said workers get to the polling locations more than an hour before they open and there are plenty of controls to ensure election integrity.

There are five days of early voting left before election day, which is a week from Tuesday.