A FOX 4 News interview with the Dallas County district attorney has led to a legal dispute that Texas courts likely have not seen before.

DALLAS - A FOX 4 News interview with the Dallas County district attorney has led to a legal dispute that Texas courts likely have not seen before.

Kemp wants to hold Creuzot in contempt. But he wants her removed from the contempt proceedings.

DA Creuzot and Judge Kemp are on legal land never navigated before.

Creuzot is potentially standing in contempt of court by the judge for comments in a FOX 4 interview that aired before the Amber Guyger murder trial began.

“Criminal contempt requires proof beyond a reasonable doubt that there was a reasonably specific order, that someone violated that order and that that violation was willful,” explained UNT Dallas Law School Professor Mike Howard.

“She has determined that John Creuzot needs to show cause of why he’s not in contempt,” explained Victor Vital, a trial lawyer. “But John Creuzot is saying, ‘You can’t sit in judgment of me because you're biased.’”

Creuzot filed a recusal motion to have Judge Kemp removed from presiding over the contempt case. The judge would then recuse herself or send the case to an administrative judge to decide.

“What’s unique in this situation is Judge Kemp — even though the recusal has been filed and she has referred it to the administrative judge — she's taken the extra step of making this finding that the DA's office should be disqualified.”

Because the DA’s office represents the state, Vital says Judge Kemp is saying the state cannot represent the state against the state.”

If the disqualification order stands, the DA’s office can't represent Creuzot in his effort to have Judge Kemp removed. 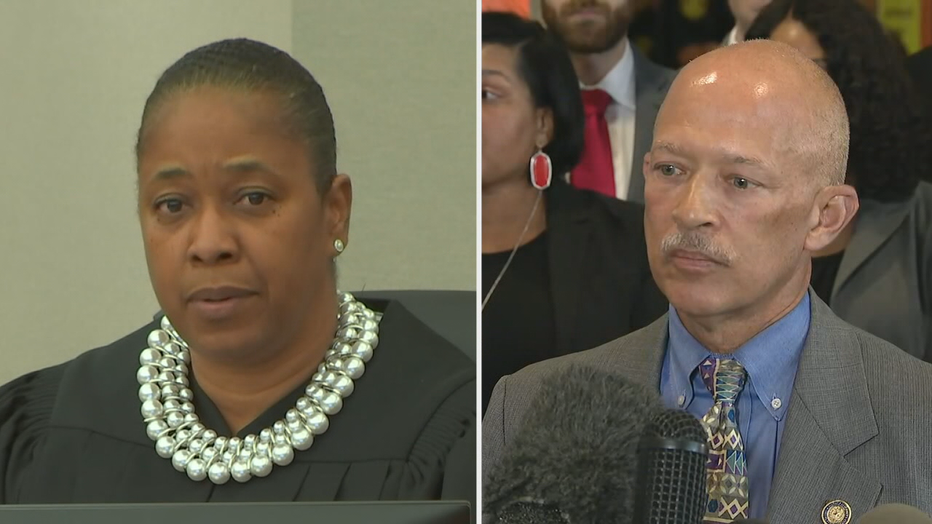 Whether Judge Kemp continues to preside over the contempt case is up to the regional administrative judge.

A contempt of court conviction can carry a punishment of up to six months in jail and a fine.

The contempt hearing is supposed to happen October 31, but there could be a lot of movement on this unchartered legal territory before then.