DALLAS - Dallas County homeowners affected by the October tornado outbreak will get tax relief to help the recovery process.

Commissioners approved a measure allowing the Dallas County Appraisal District to re-appraise homes impacted by tornadoes. Homeowners with storm damage would pay lower taxes for the remaining 73 days of the year.

“It's only right, if you are going to be taxed on the value of your home, then and suddenly your home is worth half as much as it was yesterday, you should be taxed on that amount and not an amount that no longer exists,” said Dallas County Judge Clay Jenkins.

It’s something commissioners have done after previous tornado outbreaks when the county was declared a natural disaster area.

“Remember DCAD is going to be establishing the taxable values January 1. Virtually nothing will be repaired by then so you are probably going to see the full years’ worth of five million going into the year 2020-2021 budget,” Ryan Brown, Dallas County Budget Officer.

Commissioners anticipate those lower tax bills will carry through into next year until repairs are completed, representing about $5 million. However, they say it is covered by a $60 million budget surplus and the benefit to homeowners outweighs the loss. 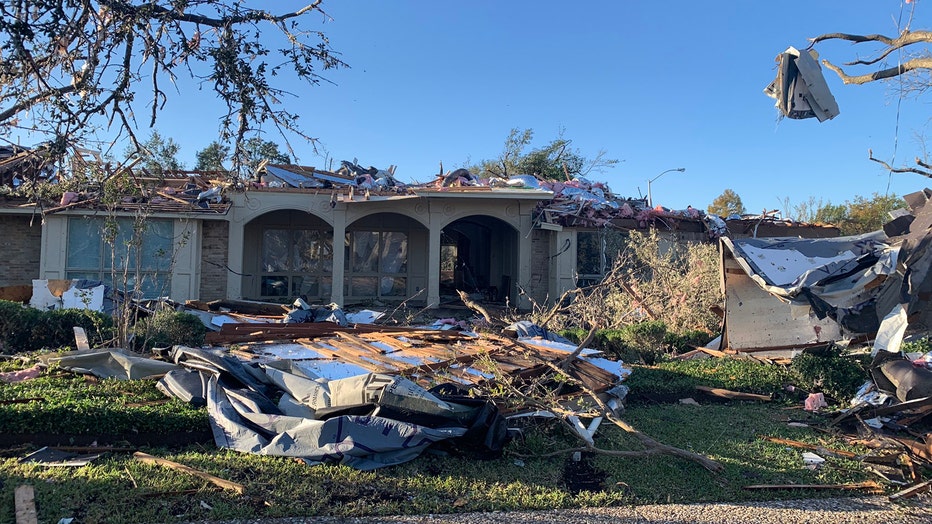 Homes in Preston Hollow have significant damage following Sunday night's storms. The man who owns this home said he'd been renovating it for the last eight months. He was planning to move his mother in this week.

Commissioners warned that homeowners shouldn’t get too comfortable because tax bills will eventually go back up.

“We expect most people to probably have their homes or businesses finished in about a year so they will be appraised to the new construction cost,” said Dr. Elba Garcia, Dallas County Commissioner.

Other taxing entities like cities and school districts may choose to follow suit and use the lower appraised values for taxation, but that's up to them.

Ironically, there's a proposition on Tuesday's ballot that would automatically give tax relief after a storm. So depending on how the vote goes, it may be a non-issue moving forward.