Dallas city councilmembers are concerned about a deal that puts money reserved for the most impoverished residents at risk of funding a four-star hotel.

DALLAS - Dallas city councilmembers are concerned about a deal that puts money reserved for the most impoverished residents at risk of funding a four-star hotel.

The owner of the new Lorenzo Hotel in the Cedars can't make a $500,000 payment to the city.

The Dallas city manager is now going to ask HUD to defer the payment, but city councilmembers are not happy with the whole arrangement.

Councilmembers Wednesday evening questioned the city's decision to loan federal housing money to the developer of a four-star hotel.

The Lorenzo Hotel did turn what used to be an abandoned eyesore into an artistic landmark. The developer talked about it with the city council back in 2013.

“This is going to create s dynamic entry point to the southern sector for downtown,” Larry Hamilton told the city council in 2013.

And while it did do that, the owner says the hotel is now in financial trouble.

“We really need help,” Hamilton said. “I mean, this is a bloodbath for our hotel and all hotels.”

About seven years ago, the city took out a loan from HUD and approved $11 million of it for Larry Hamilton, a well-known hotel developer.

The city also provided grant money, with tax dollars intended for economic development, to help repay that same loan. But now, even that is not enough.

Occupancy at the Lorenzo is running at seven percent, compared with 70 percent a year ago. But Hamilton admitted the pandemic is not the only problem.

“The loan was on an overly aggressive schedule,” he said. 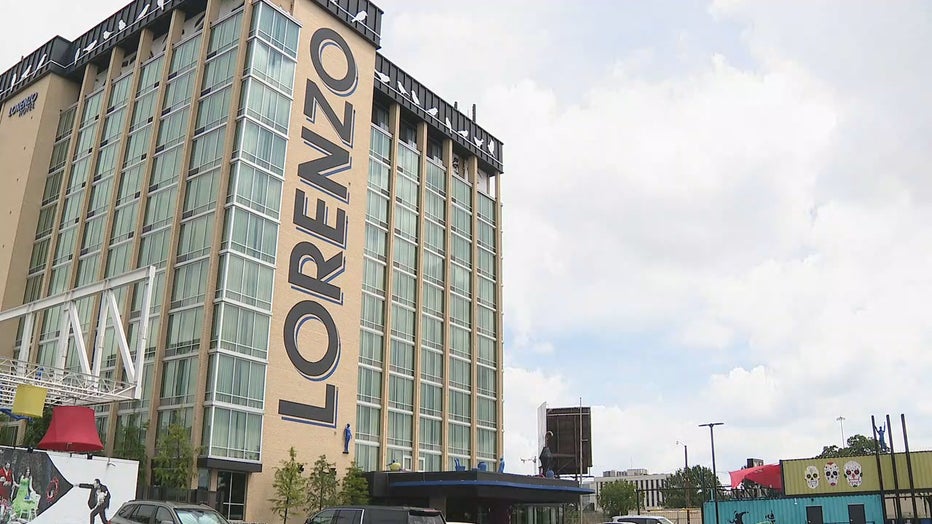 The council believes city staff at the time did not have an underwriter vet the deal.

Councilwoman Cara Mendelsohn says it’s concerning that block grants are being used to back up the loan.

“Over $5 million meant for people in extreme poverty will go to a four-star hotel. Is that right?” she said.

And if the city defaults on the loan, city staff warned that HUD does have the ability to seize those grant funds.

Dallas city council members voted to allow the city manager to negotiate with HUD to allow the $500,000 payment to be deferred until the loan is paid off in seven years. Another half-million-dollar payment will be due early next year.