At least five city council members are in support of repealing the panhandling ordinance. They say it's a legal issue as several courts have declared these types of laws unconstitutional.&nbsp;

DALLAS - Dallas city leaders are considering getting rid of an anti-panhandling ordinance.

City council members in support of repealing the ordinance say the issue is over the law's constitutionality. The current ordinance makes panhandling a criminal offense and penalizes those who do it with a fine up to $500.

At least five city council members are in support of repealing the panhandling ordinance. They say it's a legal issue as several courts have declared these types of laws unconstitutional.

Crispin Lawson has been living in Downtown Dallas for more than a decade. For the last two years, he's been working with the Downtown Residents Council to cut down on panhandlers by giving out information to others downtown and encouraging them to give to charitable organizations instead.

“When you do that, you know the money's going to stretch farther because there's efficiencies built into the system,” Lawson said. “You know they're actually providing services to lift people out of homelessness instead of contributing to destructive lifestyles.”

But the Dallas City Council is considering repealing the city's ordinance on panhandling.

Lawson and others worry that could make the problem worse.

“There are some people who are career panhandlers who aren't homeless,” Lawson said. “And I think those are the ones who are more likely to be emboldened by the lack of any kind of civil consequences.” 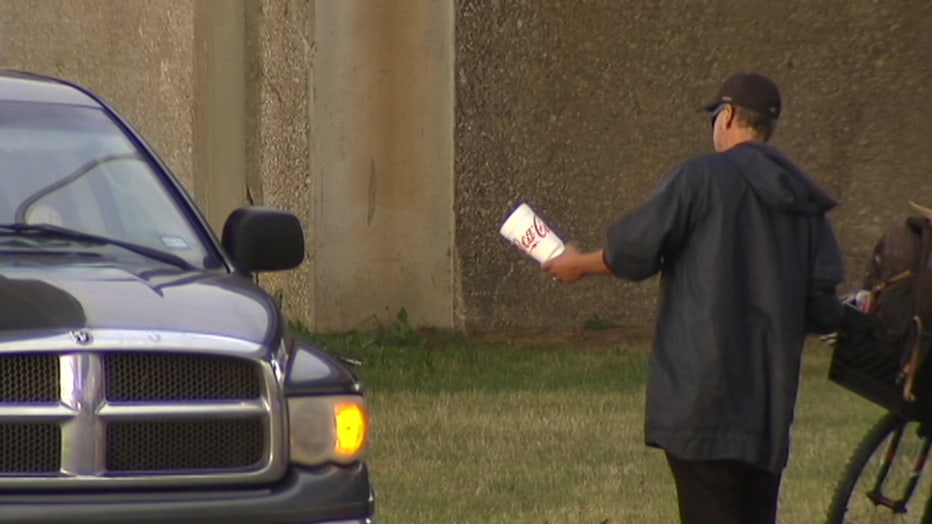 City council members say the city is already facing a lawsuit over the ordinance and its constitutionality.

“There are a lot of things we can do in this space that need to be considered,” said Councilmember Adam McGough. “And we should not just throw this out because there's been some discussion it may be constitutional or unconstitutional or portions of it may be.”

Last year, the Dallas Police Association described confusion among patrol officers about where and how to enforce panhandling restrictions.

Councilmembers in support of repealing the ordinance say they're still open to finding other solutions.

City councilmembers did not make a final decision on the issue on Tuesday. Instead, they opted to talk over the issue more in a committee. It could come up for a full vote again at a later date.