Every firefighter in the department will get a second set of gear that could help limit their exposure to potentially cancer-causing chemicals.

Every firefighter in the department will get a second set of gear that could help limit their exposure to potentially cancer-causing chemicals.

The CDC came out a decade ago and said carcinogens from burning buildings were seeping into firefighters' gear through soot and smoke, and causing cancer.

Firefighters here in Dallas have been asking the city council for a second set of gear for years, and they’re finally getting it.

Each Dallas firefighter will get a second set of bunker gear that could save their lives.

"An extra set of bunker gear is actually the single most important component of all of our efforts to reduce exposure to cancer-causing agents," said Jason Evans, with Dallas-Fire Rescue.

Cancer is now the leading cause of death among firefighters, according to the International Association of Firefighters in the United States.

Synthetic building materials can be dangerous when they burn, releasing carcinogens through soot and smoke that are then absorbed into the firefighters' gear.

Firefighters go through de-contamination on scene, but the gear must go through a more rigorous cleaning to remove toxins from the fibers.

"It's what we're being exposed to every day as we're out doing our jobs, and after 15-20 years of working, you develop a disease that's been what you've been doing over your entire career," said Jim McDade, Dallas Firefighters Association president.

Right now, firefighters in Dallas have only one set of gear, meaning after working a fire on a shift, they'll stay in that dirty gear for the rest of the shift. 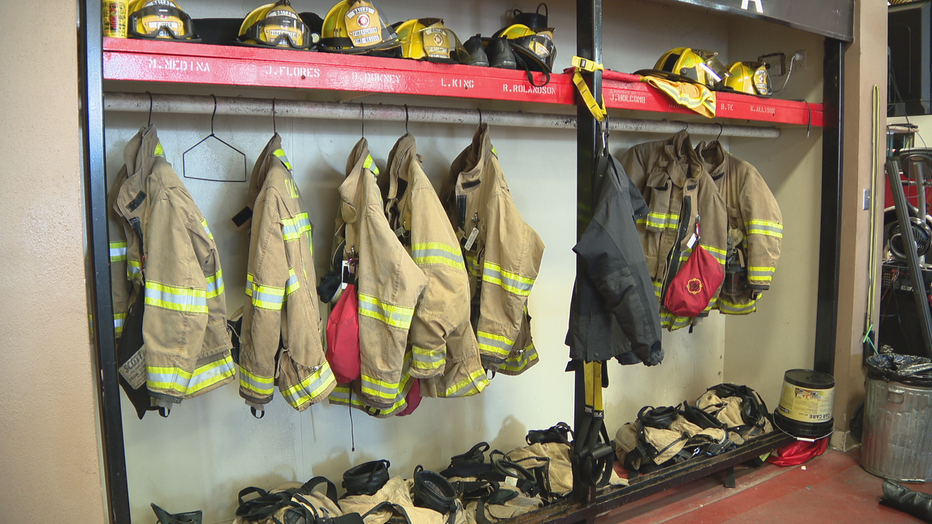 McDade said he’s been asking for this for six years.

"It's been a very long time coming," he said. “What this changes, is this means that you come back from a fire and you can change immediately, change out your dirty gear, bag it up, call, we'll be calling somebody, they'll come pick it up, clean your gear. And in the meantime, you have the clean gear.”

“For the longest time, it's been what we call a badge of courage that if you had a helmet that was burned or gear that was dirty, it showed that you did work,” Evans added. “Gone are the days that it was a badge of courage, and now we understand that the best thing is that our firefighters have clean gear at all times.”

The plan is to fit 350 firefighters a month for five months to get the second set bought and distributed.

The city approved a five-year contract, so each firefighter in Dallas will have a second set of gear through that time period, at least.