Dallas County just received an extension to collect damage estimates for potential federal help. But some businesses destroyed in the storm are getting back on their feet.

DALLAS - Wednesday marks one month since ten tornadoes touched down in North Texas, including a powerful EF-3 twister that tore through North Dallas. Recovery will likely take several more months.

Dallas County just received an extension to collect damage estimates for potential federal help. But some businesses destroyed in the storm are getting back on their feet.

The tornado outbreak caused an estimated $2 billion in damage. The most powerful tornado traveled from the Dallas Love Field area northeast and spanned 15 miles for more than half an hour.

Since then, there have been stories of survival, looters taking advantage of vulnerable homeowners, a shuffling of students due to heavily damaged schools and a lot of tarping and cleaning up debris.

The city of Dallas, alone, estimates the damage totaling $60 million. A regional estimate has not yet been submitted to FEMA for federal aid.

Still, there is a bright side for two small businesses in their new beginnings.

Customers came bearing balloons to the re-opening of Interabang Books now at The Pavilion on Lovers Lane It was formerly at Preston and Royal. The book store is owned by Nancy Perot. 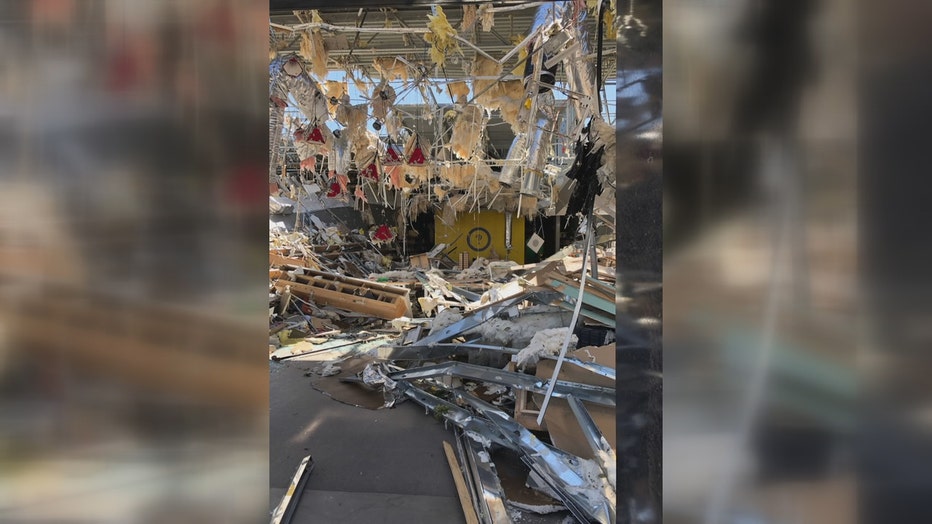 “I wanted to give the staff the security of knowing that their jobs were safe,” Perot said. “And I just knew that it just was going to take more than a tornado to discourage us and just shutter up. So, it’s really been great.”

Another Preston and Royal favorite, The Toy Maven, lost half its inventory in an instant. It was forced out by three inches of standing water. Loyal customers are now following owner Candace Williams to her temporary space at 6060 Forest Lane.

“They come in and give hugs and they’re like, ‘Thank you so much for making the effort to find a space,’” Williams said.

The store owners hope that their reopenings inspire the hundreds of people impacted by the tornadoes to persevere through their own recovery.

Dallas County Judge Clay Jenkins says Wednesday was the deadline for the county to submit an estimated cost of damage to FEMA, but the deadline was extended. He says there is money in emergency reserves to deal with damage now, but federal funding would help the city and people who live here for years to come.