One Dallas attorney pledged Alpha Kappa Alpha with Harris in college. She says she has proudly watched her close friend's rising political career.

DALLAS - Former Vice President Joe Biden’s selection of California Senator Kamala Harris as his running mate has lit up social media timelines in pink and green, which are the colors of her sorority.

One Dallas attorney pledged Alpha Kappa Alpha with Harris in college. She says she has proudly watched her close friend's rising political career.

Dallas attorney Jill Louis pledged Alpha Kappa Alpha Sorority alongside Harris and 36 others at Howard University in the spring of 1986.

“My husband was upstairs and he heard it on the news,” she recalled. “He was like, ‘Jill!’ And it just erupted all at once.”

The colors pink and green, which are symbolic for AKA, began trending along with Biden’s announcement Tuesday. It brought memory lane and their bonding experience back in focus for Louis. 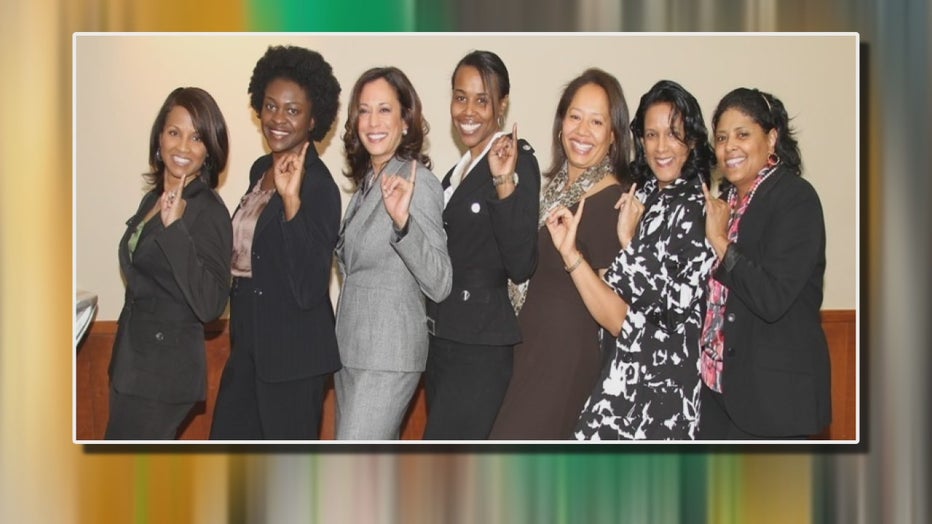 “Late nights working on projects, sitting together in a circle just talking about family, what happened that day, what we’re trying to get done,” Louis recalled. “This is an extended family because we are people who have committed ourselves to a common goal of service and to a common goal of excellence and achievement.”

Louis supported Harris during the senator’s own run for the oval office. She hosted a campaign fundraiser at her home for her line sister in March 2019.

“I remember when she walked in the door and I said welcome home,” she recalled. “Because I wanted to let her know if she was in a place where I live, she was home.”

Louis says getting to know Harris is an experience she’ll never forget.

“It was a joyful experience. And at the same time, it was kind of like Kamala there is joy in the mission,” Louis said. “And that’s the thing I think she expresses every time she speaks with people that you really get when you are around her.”

Louis says the sorority sister support is now more important than ever.