Dallas attorney on dialysis receives new kidney from his jeweler

A Dallas attorney who went in to upgrade his wife’s wedding ring ending up getting a much-needed jewel of his own.

DALLAS - A Dallas attorney who went in to upgrade his wife’s wedding ring ending up getting a much-needed jewel of his own.

For the past three years, Aaron Wiley has been on dialysis needing a kidney.

Aaron’s wife, Kaufman County DA Erleigh Wiley, had given him a kidney years ago, but it failed.

Aaron got a new one on Tuesday, but the perfect fit for a new kidney came from an unlikely person in an unlikely place – his jeweler.

Aaron knew his donor because he had bought jewelry for her from his wife, but he hadn't seen Jennifer Pratt or her husband, Jeff, in years. 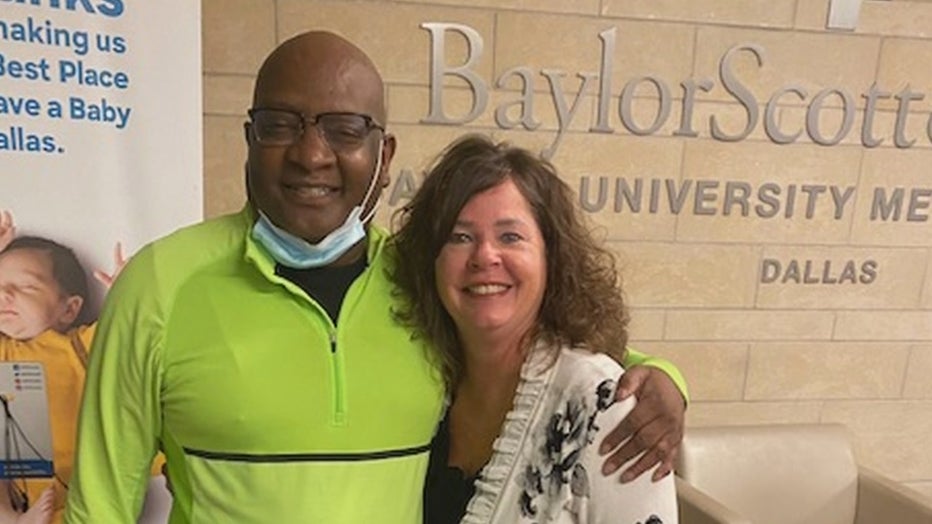 “It had been some years because Jennifer and Jeff design jewelry, and I got my wife's wedding ring designed by them many years ago,” Aaron said.

When Aaron returned to Jennifer’s store to upgrade his wife’s wedding ring, that when Jennifer learned about his problem and began thinking.

“Thinking about Jeff and I and what we do in the evening while he's at dialysis. We can get in the pool, have a glass of wine and that just didn't seem right. And I thought that would really be a good thing if I could give him one of my kidneys,” Jennifer said.

“There’s no fear. We're not worried,” Jeff said. “We've put it in God's hands, and hopefully it’s going to be a major blessing to this young man here on the other side.”

Aaron now how a future because of a living donor’s generosity.

“It should be great,” said Dr. Eric Martinez with Baylor University Medical Center. “We expect the kidneys from living donors to work immediately and to last longer on average than those of deceased donors.”

“It’s overwhelming,” Aaron said. “I’m gonna try not to get excited at any point in time, but it’s just an incredible blessing.”
“It’s a blessing,” Erleigh said. “We love them.”

Both donor and recipient doing very well with a story to tell.